Mukhtar Adnan (Sarkin Ban Kano), A GENERATION IS BURIED: A TRIBUTE TO A HISTORY ITSELF. 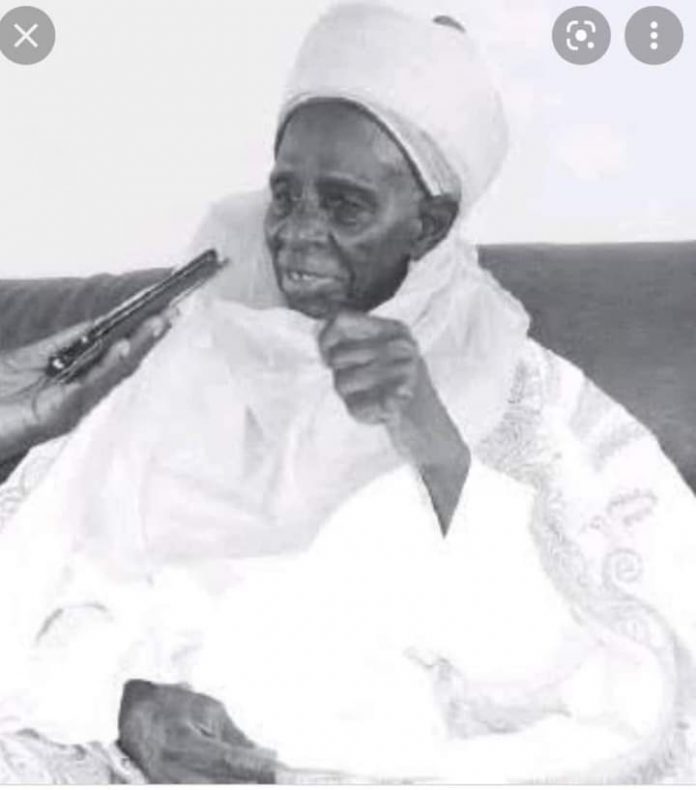 Allahu Akbar, he died on a Friday which is an excellent sign that he is a lucky man.
Kullu nafsin za’ikatul maut.
Innalillahi wa inna ilaihirraji’un

Today is the 3 days prayers which coincidentally is the 40 days firdau of his late Sarkin Yaki, Alhaji Kabir Dambazau.
May Almighty Allah put them both in Jannatul Firdausi 🤲

I must confess that I am a bit too young to write about this man that spent almost a century on earth and with a very lengthy history. We are talking of a 100 years here, I hope you understand my point. I will be 50 years inshaa Allah in the next few days, but here I am writing about a man who was already almost 50 years when I was born, can you just imagine, but I believe with the available documented history this is very possible and it will make my work easier. Please forgive me if I omit anything between the years before I was born. For example he was turbaned the Sarkin Ban Kano and District head of Dambatta in 1954, that is 15 clear years before I was born😄. Do you now got my point?

Let’s just do it. According to the available report the late longest serving traditional ruler in the history of Kano Emirate was born on the 25th of December, 1926 in Dambatta district, he was fathered by the late Dokajin Babura and Sarkin Ban Kano Alh Muhammadu Adnan, who reigned from 1942 to 1954 when his son, the now late Alh Mukhtar Adnan took over and lived for 63 years on the throne, Allahu Akbar. He schooled between 1935 – 1947, starting from Dambatta elementary between 1935-1939, Kano middle between 1939-1944 and Clerical training school, Zaria 1946-1947 where he obtained a Diploma in parliamentry training.

He started his working career in Kano Native Authority and held various positions before he was elected member Federal House of Representatives in the first republic for 3 consecutive times between 1954-1966. Below is the break down:
Kiru/Babura 1954 – 1959
Dambatta. 1959 – 1964
Dambatta. 1964 – 1966 (coup)
With the above political experience, among which he was at one time the Chief Whip of the Federal House of Representatives, you can easily understand how he was able to survived and lived peacefully with many different governments of both civilian and military.

He was the Pioneer Commissioner of the then prestigious Ministry of Education who was appointed in per back 1968, (that was some 3 years before I was born). Allahu Akbar. What a history!

The traditional title of Sarkin Ban Kano is accompanied with the role of one of the 5 kingmakers of Kano Emirate. On this notes, among his contemporaries he was the only one that lived to be instrumental to the selection of 4 different Emirs of the Kano Emirate, vis-a-vis:
Emir Muhammadu Inuwa 1963, (late),
Emir Alh Ado Bayero 1963 – 2014, (late),
Emir Muhammadu Sunusi II 2014 – 2020,
And the current Emir Alh Aminu Ado Bayero 2020.

As a student, he was very focused, very smart and extraordinarily intelligent.
As a career civil servant, he was very meticulous, very sincere and resolute.
As a politician, he was very straight forward, very objective, considerate and highly mindful of his constituent.
As a traditional ruler, he was that one man that was exceptionally reliable.
A complete Gentlemen per excellence.

In general, the late 63 years serving traditional ruler of the Kano Emirate, Alh Mukhtar Adnan, Sarkin Ban Kano was an Epitome of Peace, Tranquility and Uprightness. He was truly an Embodiment of Humility, responsibilities and responsiveness. Indeed A Generation is Buried!

We take solace that “From Allah we coame and to Him we shall return”.

Ya Allah Grant our grandfather Jannatul Firdausi as a compensation for his services to humanity.
Ya Allah do same to all our deceased Ummah.
Ya Allah give us the fortitude to bear this great lost.
Ya Allah accept our souls when You are most happy with us🤲

A man who lived for closed to a century is INDEED A HISTORY ITSELF!

Ya Allah forgive all his shortcomings and accept him among Your pious guests 🤲.