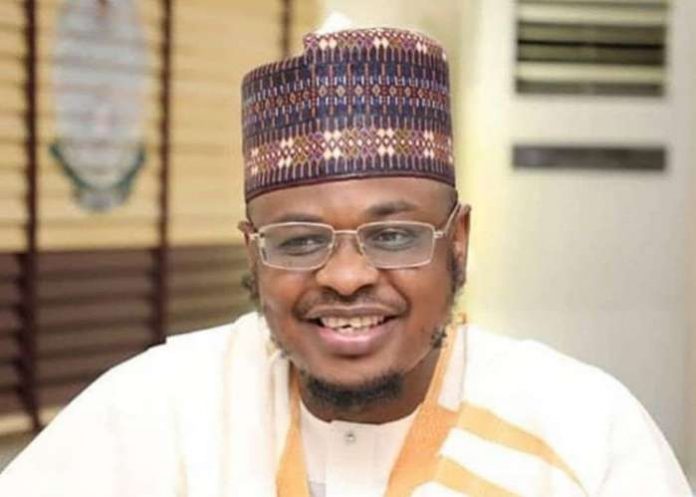 The Federal Government says it is targeting 70 per cent of broadband penetration and not more than N390 per gigabyte by 2025.

The Minister of Communications and Digital Economy, Prof. Isa Pantami, said this while delivering a keynote address at a conference and exhibition of Association of Telecommunications Companies of Nigeria (ATCON), in Abuja on Monday.

Newsmen report that the programme was tagged “National Strategic Mobilisation for the Actualisation of National Broadband Target of 70 per cent Conference and Exhibition”.

It had the theme, “Realising the New Set Target of 70 per cent of Broadband Penetration”.

Pantami, who was represented by the Director of IT Infrastructure Solution Department, National Information Technology Development Agency (NITDA), Dr Usman Gambo Abdullahi, said broadband was the backbone of a digital economy.

“The plan is carefully designed to deliver data download speeds across Nigeria. A minimum of 25Mbps in urban areas, and 10Mbps in rural areas.

He said it had been identified by industry experts that 10 per cent increase in broadband penetration would increase the Gross Domestic Product (GDP) of an economy by between 1.6 per cent and 4.6 per cent.

He added that the current evaluation of the broadband plan achievements so far revealed that as of the first quarter of 2022, broadband penetration stood at 42.27 per cent.

He said some of the challenges of broadband included multiple taxation and regulation, non-conformity with agreed Right-of-Way (RoW) charges, difficulty in obtaining approvals and permits.

He said that burdensome taxes and levies were also some of the huge burdens on the industry and had stifled needed investment in telecommunication infrastructure.

He said that this steady increase was as a result of relentless efforts made to address those challenges.

He, however, said that the government was confident that the figure would continue to increase and surpass the set mid-term target of 50 per cent penetration by 2023.

“Our confidence in this is based on the strength of positive indices in 3G and 4G population coverage, which are presently at 83.65 per cent and 62.55 per cent respectively,” the minister said.

Inuwa said this initiative sought to ensure collaboration between NIRA (.ng registry), NITDA and CAC toward getting more Nigerian businesses online by assigning a free .ng domain to every new business registered with CAC for the first two years.

He added that Digital Indigenous Language Contents was aimed at the development of digital content in local languages for citizen’s empowerment to leverage opportunities created by broadband, Digital Literacy Training and Awareness.

He said the goal of these initiatives was to develop or adopt an explicit Digital Literacy standard with coherent training and requisite certification for the duration of the plan.

“Our goal is to achieve at least one million developers with skills in various aspects of app development in the next 18 months.

“Our long term objective is to champion the recalibration of the curriculum of institutions of higher learning, which remain the largest pipeline in the production of digital talent.

“It will ensure the implementation of the Nigeria e-Government Interoperability framework (Ne-GIF).

“The Framework specifies concepts, principles, policies, recommendations, standards, and best practices for MDAs to work together towards cross-portfolio and seamless services delivery,” he said.

Earlier the President of ATCON, Mr Ikechukwu Nnamani, in his opening remarks, said that the event was an interactive session.

Nnamani said this was something that would drive the country forward in a positive way and lead to development across all sectors of the economy.

“We are exploring and taking inventory of where we are in terms of the broadband target that has been set.

“We all know this is critical to the digital economy we are trying to build, which is why the broadband plan must be implemented and achieved,” he said.

NAN reports that the conference had panel sessions; the first session was on the state of the broadband implementation in Nigeria.