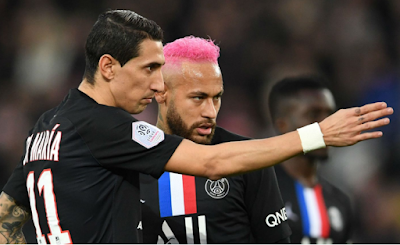 Three members of the Paris Saint-Germain squad have tested positive for coronavirus.

The French club confirmed this in a statement on Wednesday.

“All of the players and coaching staff will continue to undergo tests in the coming days,” it read.

L’Equipe has now revealed the identities of the trio.

They are: Neymar, Angel Di Maria and Leandro Paredes.

PSG are yet to kick off their Ligue 1 title defence, although the league season for 2020/2021 has begun.

Thomas Tuchel’s men have been given a break due to their run to the Champions League final, where they were beaten 1-0 by Bayern Munich.