REVIEW OF THE COVID-19 PANDEMIC: AN INDEPENDENT APPRAISAL AND ANALYSIS ON THE KANO SITUATION 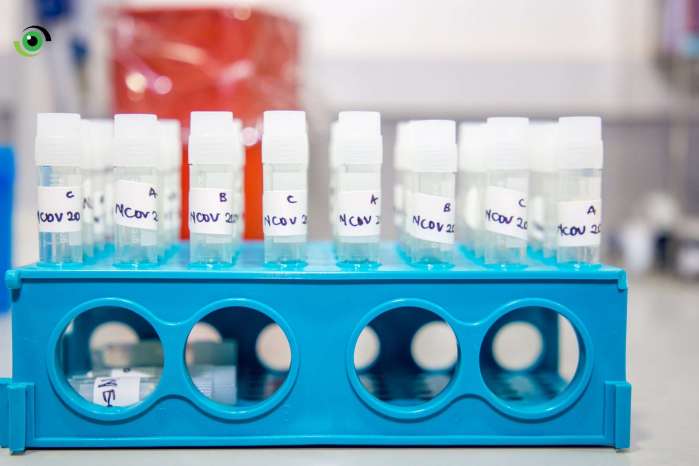 Kano has been recording spikes of the Covid-19 cases since it’s reported index case about 3 weeks ago with attendant recorded ‘strange deaths’. This has put Kano in the spotlight as one of the emerging global epicenters of the disease. Covid-19 has been observed to affect more adversely the elderly population, immunocompromised/those on immunosuppressive drugs and those with underlying medical conditions such as cardiovascular diseases, diabetes, respiratory disorders and cancers worldwide.

Kano is a melting pot of many sorts for the North, especially Northwest, and as such findings in Kano could be replicated in the surrounding states and probably the entire North.

Claims of denial of the disease in the North is widespread but I doubt if it’s related to ignorance. This disease is unprecedented.

Even though the writing has been on the wall that this may come anytime in many scientific literature, no living person with full senses and brain faculty could boast of witnessing this before. Even President Trump said ‘nobody thought this could happen’, until it was too glaring.

The deaths in Kano, which I believe are highly under reported, has been denied link with the Pandemic by many observers, government agencies and even by many medical experts. But based on my personal anecdotal evidences, which could be flawed, I feel there’s no way these deaths could be separated from Covid-19. These are,

Here still, we could have also been observing deaths among those with diseases commong to younger population groups such as Type 1 DM, Acute Severe Malaria, Sickle Cell Disease (which Kano has high prevalence), Obstetrics-related deaths and a host of other conditions.

These made it clear to me that there is clear high probable anecdotal causality and association between these reported deaths and Covid-19.

Many people like me with living elderly parents and or grandparents are apprehensive in Kano. My old man is close to 90 years and I keep worrying about him all the time. The only measure I could take was to convince him to stop fasting, encourage him to self-isolate and avoid seeing people, except necessary family members.

In my careful observation, there are evidence to suggest an alarming rate of spread of Covid-19 in Kano within a short period.

In a short study I undertook among 26 households in Kano, 81% (21) reported at least one family member had at least 3 of the following symptoms, fever (which resisted conventional treatment) for 2 to 3 weeks, flu, cough, anosmia (loss of smell), ageusia (loss of taste), myalgia (muscle pain and weakness) and headache. This small study is limited by the lockdown and the social distancing guidelines and therefore may not be representative, but remains a guide.

The symptoms observed are those associated with high index of suspicion in Covid-19. Anosmia and ageusia were initially not included by WHO but due to rising evidence among experts, including Yan et al and Claire Hopkins in the Lancet, the CDC is forced to include them as early signs and symptoms of Covid-19.

Again, using comparative modelling projections, the city of New York Metropolitan Area has population density of about 500 people per square mile and the modelling used for the city projects that an asymptomatic Covid-19 infected person could infect 6 people per day with 50% relaxation of lockdown restrictions.

The highly dense 8 Kano city metropolitan local governments has a population density similar to that of Lagos of about 20,
000 people per square mile!

Using similar but conservative modelling projections with NY Metropolitan City, an infected asymptomatic individual with Covid-19 could and would infect 36 people per day.

Those with symptoms may infect less due to possible precautions and hospitalization or home stay.

This is similarly corroborated by a local modelling projection by Gambo and Abdulhamid (experts in mathematical and biomedical modelling) in Northwest University, Kano and reviewed by Professor (Emeritus) Peter McClintock, Lancaster University, UK

This makes me reach an initial conclusion that probably about 25 to 30% of our population in the metropolitan could be infected and further spreading the disease. This could translate to between 2 to 3 million people.

As with every situation, there’s always some hope in the horizon.

Kano, like other Third World population, may not observe the high Covid-19-related mortality as it’s being seen in the The First or Developed World like Europe and USA.

This is simply due to demographics.

Mortality is overwhelmingly seen in Covid-19 among the geriatric population, and many with comorbid conditions. In USA, the epicenter of the crisis, less than 1% of Covid-19-related mortality recorded are less than 50 years. This is similar with Italy, Spain and China. As at the end of April, less than 5 deaths are reported among the age group of 15 years and below globally.

In Nigeria, less than 8% of our population are 55 and above as compared to more than 55% in the USA. Even though 8% may be high in absolute numbers, it’s still far less than many Western countries.

This is therefore a call for us to specifically pay attention to our elderly population and focus our interventions towards them. These may include

For us to get out of this crisis, government agencies, non governmental agencies and the public must act in concert to curb the spread of the disease especially to the most vulnerable group of the population.

Government, as a matter of urgency, should

In this unprecedented crisis, all hands must be on deck and in concert for us to be able to somehow wriggle out of it before it consume all of us.

Dr Murtala Isa Umar, a Public Health Pharmacist, works with Aminu Kano Teaching Hospital and writes from Kano. He can be reached through