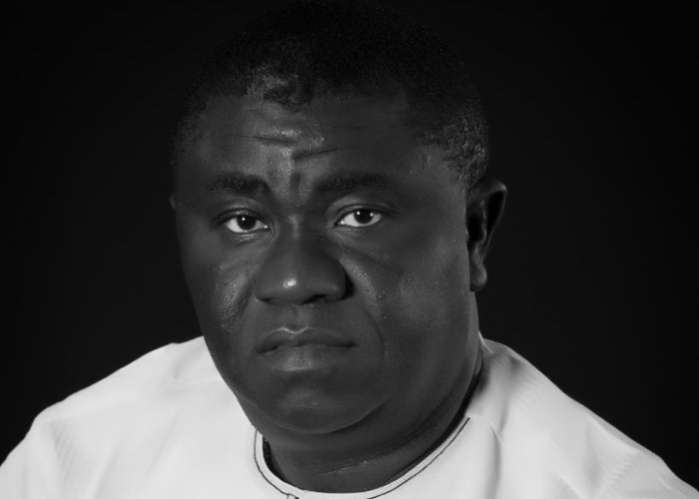 Minister of State for Budget and National Planning, Prince Clem Ikanade Agba, has said that the Federal Government expects the injection of about N2 trillion stimulus into the economy in response to the COVID-19 pandemic and the fall in oil prices.

He spoke on Tuesday at a webinar on “Citizens Dialogue Session on Government Fiscal Policy Decisions to the Fall in Oil Prices and the COVID-19 Pandemic” organised by the Federal Ministry of Finance, Budget and National Planning and supported by Partnership to Engage, Reform and Learn (PERL) and the UK Department for International Development (DFID).

The Minister of Finance, Budget and National Planning, Mrs Zainab Ahmed, participated in the virtual meeting.

Agba, in response to a question on what the Economic Sustainability Committee under the Chair of Mrs Zainab Ahmed, was doing to deal with the pandemic and the fall in crude oil prices, said the committee had outlined five broad policy objectives with which to deal with the problems.

After highlighting the objectives, he said, “All in all, when everything is put together, both government funding and the funds we are expected to get from the Central Bank of Nigeria (CBN), Banks of Industry and other multilateral agencies and grants that we are receiving, we expect to get a stimulus of about 2 trillion going into the economy.”

Agba stated that “we are fighting a dual pandemic, both health and economic pandemic. It is no longer a secret that Government revenues have collapsed and oil prices have fallen; demand for oil has also fallen; there is a glut in supply. And, this is generally affecting manufacturing and other non-oil sectors.

“So, for the Economic Sustainability Committee, we had basically looked at some five broad policy objectives. One is, how do we safe lives in response to the pandemic and support the Presidential Task Force?

“How do we take care of the vulnerabilities that we have in the system? How do we keep our economy off the ravages of this pandemic? That is to say, we know we are going into recession. How do we make it short-lived and shallow?

“How do we ensure that there is quick recovery, and that the recovery is not U-shaped or V-shaped? How do we build resilience going forward? What do we need to do to build the foundation for a long-term growth?

“So, basically, the committee has been looking at how to build a resilient health system, provide funding for basic health infrastructure and operations, both from government and also from loans which base is on a fund set up by government both led by the commercial banks through the CBN.”

He added: “We are also looking at how to create jobs. First, how do we protect the jobs that are already existing and how do we create additional jobs within the next twelve months?

“We are looking at doing massive funding in rural growth, first to ensure that the food that will be produced can get to the market. The Ministry of Agriculture and Rural Development would be working with the sub-nationals to help assist in the acquisition of land for private investors in order to increase that focus on food production; easy access to land acquisition and, then, funding, of course, in this area will also be coming from the commercial banks supported by CBN and we will ensure that government gives the guarantee to take off the production in the event that the market is bloated.”

The minister continued: “Recall that we recently released about 70,000 tons from the strategic (grains) reserves and this also needs to be replenished.

“We are also looking at how to create jobs through the rehabilitation of our major roads. This is a way of boosting the economic activities and also easing transportation of goods and persons.

“To this end, we will be giving additional funding to FERMA to undertake interventions in major strategic roads nationwide. They would also be working around the special agro-industrial processing zone corridors, ensuring that bridges are maintained and streetlights on some of our highways are maintained.

“We are also looking at job creation for the youths. You are also aware that Mr President approved a thousand people to be employed within each local government. There are 774 local governments and this translates to 774,000 jobs across the country. This is going to be for three months starting from October.

“We are also providing additional financing to the Humanitarian Ministry for the cash transfers where one million additional household are being added.

“We are also providing support for small businesses, MSMEs, in order to ensure that jobs are protected and ensure that more jobs are created.”

He said that the Aviation sector would be assisted to stay afloat.

According to him, “We are also looking at how to support the Aviation sector. Like you know, a lot of planes are parked and this is causing almost N21 billion (loss) on a monthly basis. We are looking at how to provide some form of bailout support to ensure that the industry doesn’t die.”

He also said that the WASH Programme from the Federal Ministry of Water Resources was being looked at with a view to creating jobs in that area and improve hygiene in markets and public places.

Agba disclosed that “there is a programme on natural gas expansion being spearheaded by the Petroleum Ministry; this is to promote greater domestic use of natural gas.

“This is one area where we feel a lot of jobs also will be created because people will be trained on how to weld and produce cylinders. There is a lot in the value chain around this.”

He assured particioants that government was also looking at how to improve power in the country through solar home systems.

“NASENI, which is National Agency for Science and Engineering and Infrastructure, has done a lot of work in this area and there are private companies that are interested to come and set up to produce panels within the country and we believe a lot of local production can take place and skills also being transferred.

“We will ensure that about 5 million homes that are off-grid are provided with solar system. This is being driven from the Ministry of Power,” he stated.

He further disclosed that “There is also a programme around mass housing, to promote the use of local materials to create employment in these areas.”

The minister said, “We also expect that from about June, the States might begin to feel the effects of low revenue coming from oil and, therefore, might be having challenges in meeting up with obligations, especially the payment of salaries.

“Of the $2.5 billion facilities from the World Bank, about $1 billion of it will be going to the States as loans. These are concessionary loans. Mr President has already approved N850 billion loan from domestic capital market.

“He has also approved $150 milion to be taken from the Sovereign Wealth Account in support of FAAC.

“We are also looking at suspending deductions in respect of the budget support funding which was provided to the States as a way of easing (burden).

“So, discussions are on with the CBN as to provide moratorium on the deductions in respect of the bailout loans.

“Already, N10billion has been given to support Lagos State; we also have additional provisions to cover the remaining 35 States and the Federal Capital Territory.”