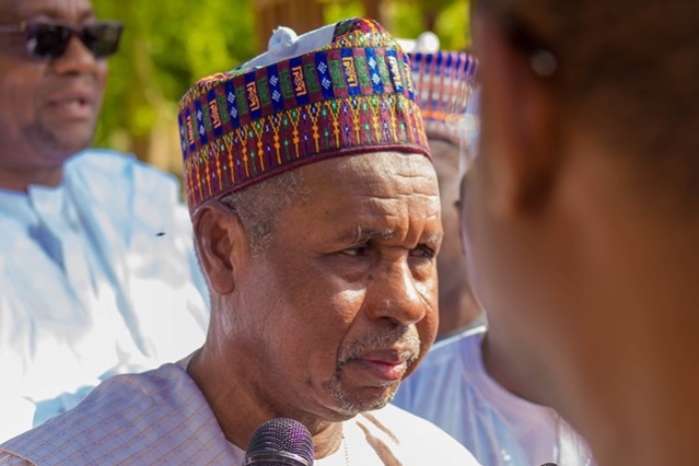 Governor Aminu Bello Masari of Katsina State has given unrepentant bandits terrorizing the state 48 hours ultimatum to surrender, lay down their arms as well as free kidnapped victims in their custody unconditionally or face the consequences.

Masari gave the ultimatum on Tuesday evening at the end of an extraordinary security meeting with the bandits and other stakeholders in the state.

The Governor represented by the Secretary to the State Government and Chairman, government’s Security Committee, Mustapha Inuwa, said the bandits have exhausted all opportunities given to them to embrace peace hence the decision of the government on no going back.

Recall that the state government led by Governor Masari sometimes last year’s visited the bandits in their hideouts to preach peace, after which the waves of attacks reduced drastically but after some months resurfaced.

According to him, “We appreciate the effort and cooperation of those who have embraced peace and assisting the security agencies in trying to achieve peace especially in the Southern part of the state, Katsina, Safana, Danmusa and part of Batsari.

“And to those who have not embraced peace, we told them enough is enough. They either embrace peace or they face the consequences. And we told them point blank that they must release those kidnapped victims in their custody under no condition otherwise the security agencies particularly the Army will not only rescue the victims but secure the place. Because the government and all the security agencies have given them all the opportunities to repent, accept peace and cooperate with the government so that peace will return to Katsina.

“So in this meeting, we told them this is the last meeting we will convene to discuss dialogue. They either embrace peace or they face the consequences.

“We told them that Kidnap victims from Jibia, Batsari, Bakori and others should be released from now till Thursday or face the full wrath of the law.

“We will mobilise all security apparatus to flush them out. It has come to an end.

“The unrepentant bandits who have refused to cooperate were mostly in parts of Jibia, Batsari, Kurfi, Dutsinma and parts of Matazu and Musawa,” Inuwa said.