Don’t complain of misrule if you leave politics to the uneducated -Gov. Makinde 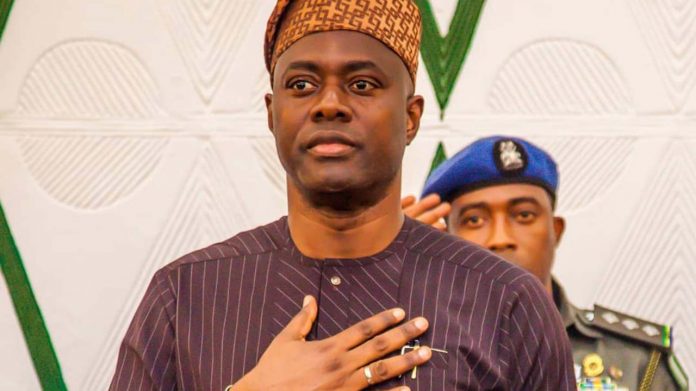 The governor stated this on Wednesday, while receiving a delegation of the Nigerian Institute of Architects (NIA), led by its president, Sonny Echono, who paid him a courtesy visit at the state secretariat in Ibadan.

Makinde said Nigeria will not experience much in terms of development if professionals leave politics to unqualified persons.

“I am a supporter of professionals wanting to participate in a political process. Don’t look at politics as a dirty process and keep away as professionals. The truth is, if we leave it to non-professionals and people that are not educated, then we should not complain if they misrule us,” he said.

“In Oyo state, we always say that most of our decisions are based on data, science and logic. We ask questions on what is the science behind a particular thing and also the logic, which I call common sense. So, I will always encourage professionals to join politics and also be in positions of authority.”

The governor told the visiting NIA team that his administration has been doing everything within its powers to keep the state safe and ensure that businesses thrive.

He also said an alternative business district is underway in Ibadan to expand socio-economic activities within the city and the state in general.

According to Makinde, his administration is also working on developmental designs, which past leaders of the western region left as a blueprint for the state.

“I always tell some of my colleagues that in Ibadan, the capital of the western region, they have done most of the designs — the roads going here and there. If we need to build another road now, like what we are doing from Iseyin to Ogbomoso, we are not starting from scratch,” he said.

“We just go and pick the document, dust it up and ask people to go there. They will come back with a report to us and we move on.

“In Ibadan, any road we are building must have been anticipated before our own administration. So, we want to collaborate, but we want to have a consistent benchmark that can match what I will get from anywhere in the world.”