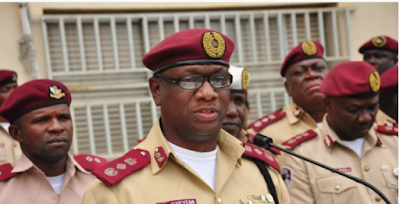 The Corps Marshal, Federal Road Safety Corps (FRSC), Dr Boboye Oyeyemi, has said that the organisation is set to clamp down on wanted traffic offenders who have yet to effect payment of fines.

In a statement issued by the Corps Public Education Officer (CPEO), Assistant Corps Marshal (ACM) Bisi Kazeem, Oyeyemi said that the corps would go after wanted offenders as from Monday, Jan. 25.

The FRSC boss said that the offenders, who were already declared wanted after exceeding the days of grace period from the dates of arrests and issuance of Notice of Offence tickets, were now being looked for by the corps operatives. He noted that offenders who voluntarily reported at any of the FRSC offices nationwide and made payment would not be prosecuted.

“It follows that beginning from Monday, Jan 25, 2021 all commands shall commence the arrest of the targeted offenders, which will include home arrest where necessary, deploying the New Vehicle Identification System (NVIS). Offenders with genuine handicaps will be handled with compassion that the case deserves,” he said.