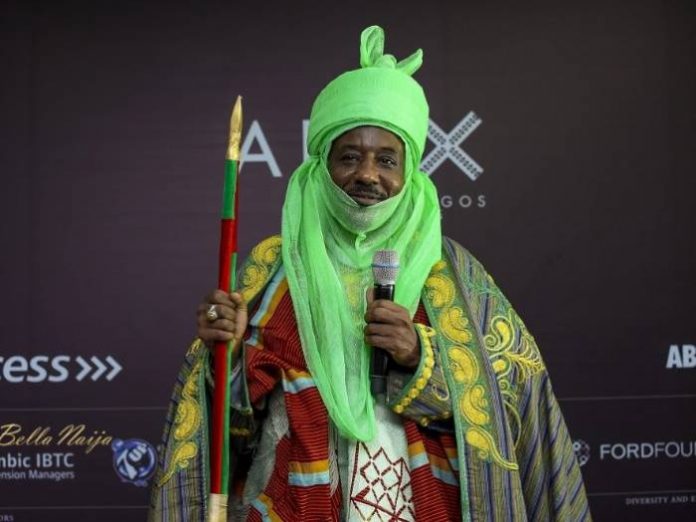 The removal of Muhammadu Sanusi II as the Emir of Kano is reversible in the court of law, says one of his senior lawyers, Abubakar Mahmoud (SAN).

Sanusi was unanimously dethroned on Monday by the Kano State Government led by Governor Abdullahi Ganduje, who immediately announced a replacement for the former governor of Central Bank.

But Sanusi’s lawyer said on Monday evening that the removal was not surprising though most embarrassing given that Sanusi was not given any fair hearing just as due process was not observed in the matter.

Mahmoud, who spoke on Channels Television monitored by newsmen, said though Sanusi was yet to make a decision whether to challenge his removal in court or not but had he decided to seek redress, the decision of the Kano State government would be reversed.

He said, “He has been in various legal tussles with the state government over the last two to three years. So, this did not come to us as a surprise. We were so much embarrassed at the manner in which it was done without giving him any fair hearing or observing any due process.

“However, the government has announced its decision dethroning him and he was this evening (Monday evening) taken into custody and flown to Abuja.

“We are going to be in touch with him to discuss which line of action to take as his lawyers. And we as lawyers, of course, we believe that this action was illegal and unconstitutional. And more so, the aspect of banishment, under the constitution, nobody can be deprived of his liberty under the manner he has been deprived of his. Nevertheless, we will be in touch with him and hopefully, come up with the next line of action in due course.

“The next line of action would depend on the instruction from the Emir. There are two aspects to it – the dethronement and the banishment. We will be consulting with him.

“I had a meeting with him before he was taken to custody and at that point, he has not taken a decision on whether he is going to pursue this matter in court or not.

“Of course, we will give him time to come up with a decision on his dethronement. But as far as his liberty is concerned, we are very firmly clear that this is an illegal act and we will be considering what line of action to take hopefully by tomorrow (Tuesday) when I speak with him.”

When asked of the possibility of a reversal, Mahmoud said he and his team were confident that the court would reverse the decision of the Kano State Government should Sanusi decide to challenge the action.

“An action that is illegal can be reversed by the court of law and that is why we have the written constitution and courts in place. Under the constitution of the country, whenever the executive branch of government takes an action that is unconstitutional or illegal, the courts are there for all citizens to seek redress.

“We are confident given the fact of this case that if the Emir was to challenge the action, it would be reversed because the action, in our view, is repressing and illegal,” he said.