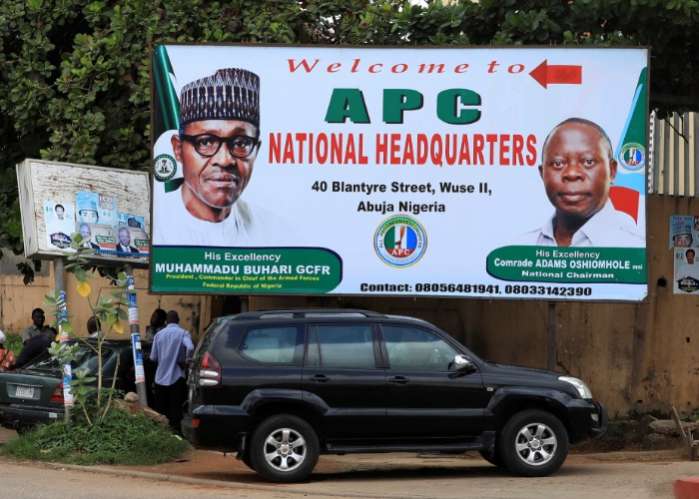 The State Chairmen Forum of the All Progressives Congress (APC) has dissociated itself from a statement claiming that it passed a vote of confidence on the party’s National Chairman, Adams Oshiomhole.

The forum’s Publicity Secretary, Lawal Liman, in a statement in Abuja on Tuesday, described as “fraudulent”, a statement claiming that the group met and passed a vote of confidence on Oshiomhole.

Liman, who is also the party’s chairman in Zamfara State, said there was no such decision reached by the forum.

He said the forum has not met to deliberate on the crisis that has engulfed the party.

“We have not met, but we plan to meet before APC’s National Executive Council (NEC), meeting scheduled for March 17, 2020.

“As soon as some state chairmen saw the statement, they started calling me to find out the veracity of the statement.

“l want to confirm to my colleagues that there was no meeting held and there was no statement issued to pass a vote of confidence on the APC National Chairman.

“All issues will be resolved at the next NEC meeting and, hopefully, we will hold a meeting of the forum before the said NEC meeting.

“We will not, in any way, bring the name of the forum to disrepute by doing what will take away our credibility,” the forum spokesman said.