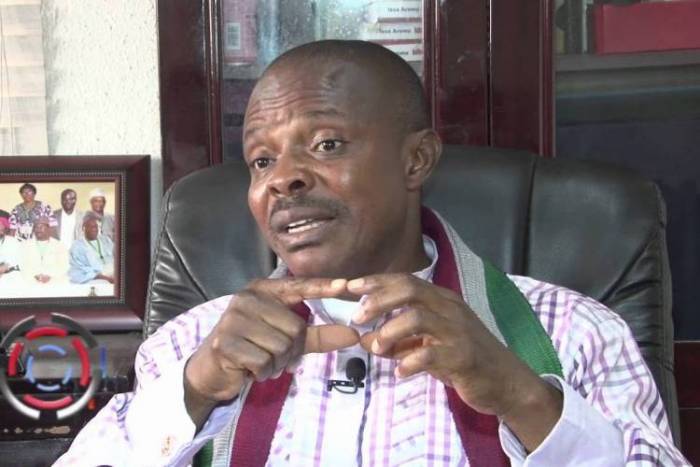 Workers under the aegis of National Union of Electricity Employees (NUEE) have threatened to resume their recently suspended nationwide strike if the government fail to implement agreement reached with them.

But their senior counterparts in the power sector, Senior Staff Association of Electricity and Allied Companies (SSAEAC) have countered NUEE, saying the suspended strike was, in the first place, illegally prosecuted by the junior employee union, as conditions precedent to strike were not followed.

President General of SSAEAC, Chris Okonkwo, told journalists in Lagos at the weekend that they have written a letter to the minister of labour and employment, as well as the minister of power, a copy of which has gone to the presidency, detailing why the strike was a wrong approach approach.

The General Secretary of NUEE, Comrade Joe Ajaero at the 6th quadrennial/11th national delegates conference of the union, in Lagos at the weekend declared that the agreement signed with union which necessitated the suspension of the strike should be implemented to avert a resumption of the action.

The strike had on December 11, 2019, left the entire nation in total darkness, as workers, offices of various electricity distribution companies were locked up and businesses in the power sector prevented from operations.

The action was suspended the following day, December 12, after the representatives of the Federal Government and others signed an agreement to look into the workers’ demands.

The workers, through NUEE, had accused the Bureau of Public Enterprise (BPE) of failure to fully pay the over 2,000 disengaged workers of the defunct Power Holding Company of Nigeria (PHCN) since 2013.

They also alleged underpayment of severance of over 50,000 ex-PHCN staff and illegal transfer of schools built by the union to investors.

They further accused power generation companies of refusing to sign condition of service and rules of engagement, while some distribution companies were denying the retirement benefits to electricity workers.

Ajaero said the union was eagerly waiting for the implementation of these demands as captured in the agreement, or the workers would return to the trenches.

Meanwhile, both NUEE and SSAEAC have agreed there was the need for an urgent intervention in the power sector to save it from imminent collapse.

According to Ajaero, the Federal Government should declare an emergency in the power, as Nigerians were totally dissatisfied with the situation in the sector.

He stated that it was obvious to everyone that those in charge of the sector have no blueprint on how to move it forward.

“We cannot continue to lament. Let the ministers of power and others tell Nigerians the situation in the power sector.

“If they do not have, we think there is need to declare an emergency in the power sector

“There is need for us to sit down to discuss the way forward. All stakeholders should join hands to rescue the sector from collapse. Nobody is happy with what is happening in the sector. Nigerians are not happy.

The level at which our members are being assaulted, harassed and beaten up are increasing. Nigerians are venting their frustration on the power situation our members,” said Ajaero.

Okonkwo, also believed that there was the need for some interventions in the power sector, as it has failed to meet the elections of millions of Nigerians.

The Federal Government, he said, must be bold enough to review the privatisation of the power sector, as some of the private companies which came into the sector through the privatisation exercise have failed to live up to expectations, hence the sector was still bedeviled by daunting challenges.