Presidency: No sin in having a cabal 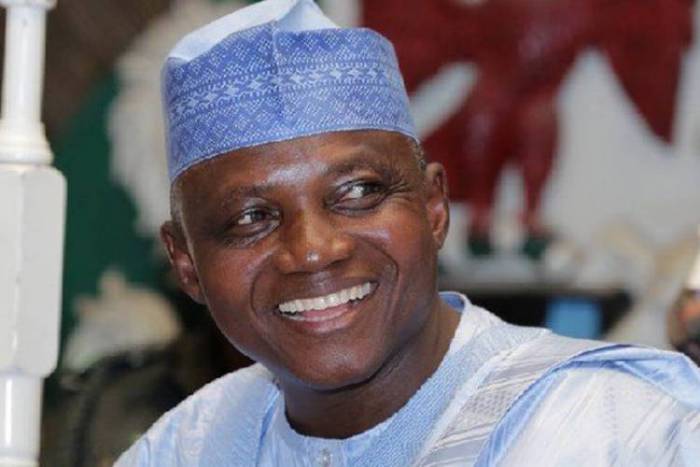 The Presidency has again reacted to claims by some partisans and analysts that the President Muhammadu Buhari administration has been hijacked and now at the mercy of a power-hungry cabal, saying no president can operate alone without having a team of close confidants.

Presidential Spokesman, Malam Garba Shehu disclosed this at the weekend in Abuja during a dinner organized by the Press Corps of the ruling All Progressives Congress, APC.

According to him, in other climes, every president usually has a “Kitchen Cabinet”, but that in Nigeria, government antagonists would prefer to refer to such collection of self-sacrificing individuals as cabals.

Shehu said: “What is the meaning of cabal? I just googled Thesaurus and among many other definitions, what they are saying is that cabal means ‘conspire, intrigues, mystique, occult, secret’. There is no government in this country that we have had that some people were not accused of being a cabal in that government and it is because every administration, every president must have a secretariat.

“Every president must have people who advise him. It is not a sin, it is not an offence to have people that you take into confidence. Elsewhere, they call it ‘Kitchen Cabinet’, but in our own country we are being derogatory and we term them the cabal so that it will tarnish their own good standing. A lot of them are successful people who are making extreme sacrifices to even be coming to serve the government.

“Some of them have no need around government but because this is a country of people, some of them much in a hurry, in fact, for some of our elites, Buhari is a bad man because you cannot go to him and say give me oil well and he will sign papers and give you. So, we understand the game that is playing out and there is always a price, in any case, to pay for that kind of exposure.

“Even the president himself, the kind of things that are being said of him, if he did not offer himself to serve, some of those things, people would not even have the chance to say them against him. So, we will live with it, we will accept it because it goes with the territory.”

Shehu also spoke on current efforts by the federal government to regulate the social media, saying it is an attempt to protect minority and vulnerable groups rather than concerns being raised in some quarters that the Buhari administration is bent on shrinking the media space and voices of dissent.

“Social media has become a problem for many families because the rights of women and children are being abused. There is a need to protect vulnerable members of society. There is a need to protect minorities whether tribal or religious in our own country. So, it makes sense that you as media stakeholders come around the Minister of Information and Culture and formulate the kind of regulations you want so that it is not that there is a top-bottom approach so that government will not be accused of imposing a regulatory mechanism on the media.

“The minister is saying come, sit down with me and let us talk about it. And I was told that the day he called on the Nigeria Union of Journalist (NUJ), they walked out on him. If that report is true, I think it is very unfortunate. I think we need to come around him and offer media-driven solutions so that at the end of it this country will have a vibrant and effective social media communication system.

“At the same time, it is the one that does not drive children to addictions and that it also protects consumers of media content from harmful invasion either of our privacy or addiction of children to some mercy-less commercialism that are profit-driven and are taking advantage of our own exposure to mass communication systems.

“I will like to appeal that, please give serious considerations to some of these elements and see how the media in the country can work together with government to find communication solutions to purely communication problems. It is not political, the government has no reason to undermine or weaken the mass media.

“When you realise it, in countries where the mass media are being suppressed, where there is no freedom of expression and information, you find out that the media space tends to decline, it becomes smaller, media houses closed down but the irony of what is happening in the country is that while some civil society groups are crying here that the freedom of expression is being threatened and in any case, we know why they were shouting because they are looking for donors abroad who will send in US dollars for the protection of hate speech, that basically is a selfish thing.

“But in a country where we are expanding the media space, the last time we did, we licensed about 300 radio stations and as I am speaking to you now, this administration is processing almost 500 requests for radio stations. The media space cannot be expanded, if it is being oppressed. A lot of our colleagues I have seen them, any editor who loses job today or senior journalist, you will see him set up a digital newspaper and they are doing well. Many of them are prospering which tells you that the media is not in any way constrained in carrying out its constitutional duties”, he added.