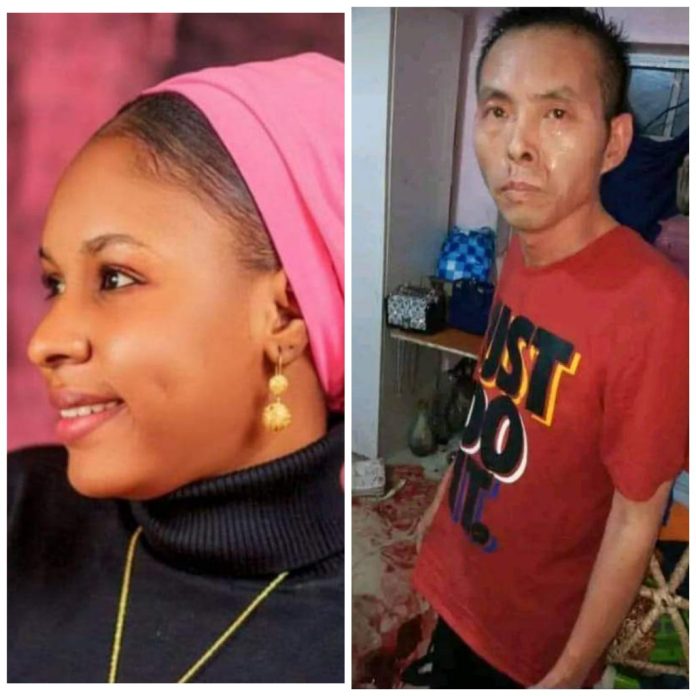 The great Kano city was put into an unusual mourning last Friday, 16th of September, 2022, when the news of the disturbing bedroom murder of one UmmulKulthum by one 47 years old Chinese man by the name mr Geng Quanrong filtered in. It all started like a rumour, because when the news started, it was just like a movie story. Yes, a movie story! That, one mr Geng from China went to his girlfriend house in Kano, and knocked at the door continuously, and when the mother of the girl opened the door, he pushed her and went straight to the girl’s room and stabbed her to death. So gory and shocking. That was how the news started.

To be sincere when the news was confirmed, so many crowded thoughts ran into my brain. I was just absent mindedly asking myself that could it be a case of insanity? Or rituals? Or armed robbery gone wrong? Or kidnapping gone wrong? Or frustration? Or depression? Or ??? Because I was confused to have heard a Chinese man attempting to enter into a hausa people house in Kano, talk less of killing one of them. It is really confusing to me. But when later in the day the details of the story started to get out then, things started to get clearer.

My take on matter.

Let me say it before hand that “No matter what UmmulKulthum did to that Mr Geng, he has no right whatsoever to kill her, even if they are in Chinatown, the best he could have done was to take her to court. Therefore justice must be done to the soul of UmmulKulthum. Period.”

This is where I stand, as per my write-up is for a general purpose.

It is indeed very sad to have noticed how our traditional and cultural values are being eroded or completely lost almost everyday, due to the emerging conflicting social and economic issues in our society. Truly our society is decaying or has decayed due to so many influential factors that could have been tackled ab-initio, but were carelessly allowed to infiltrate into our culture and traditions which resulted in attacking the very fabric of our morality as a people and destroying our inherited ethics as a community. I am saying this with pains, if not for many things went wrong with our society, how could a foreigner be even found near an African community, talk less of entering a house therein? How? We are talking of Nigeria, and Kano for that matter, whose population is 99% Muslims which in a normal setting, even a matured Muslim boy is not allowed to enter any house that he has no business or relation with, we are talking of the same tribe and religion here even, not otherwise. Now for a foreigner to have muster the gut to enter into a Kano house in a predominantly Muslim Hausa speaking community and even killed one of us! no, this is something else. It is as foreign as the foreign man.

We must really dig to find what has our society became. To what extent our moral values are attacked as a community and as a people? We must know the remedy to these and make use of them. Now come to think of it, where were the neighbors of UmmulKulthum when this China man used to visit the house, before the unfortunate incidence happened?
Are we saying nobody ever noticed that he used to come around and may be even entering the house?
Why shouldn’t anybody from the neighborhood raise an alarm or report to Hisba board or police if they could not talk directly to the people in the house?
What could have gone wrong with the mother of UmmulKulthum to have been allowing a matured man into her house? I am saying this because the way the mother narrated her story, it indicated that the Mr Geng of a man knew even the room of UmmulKulthum in the house, which he directly went and stabbed her to death. How will the society view this? You see, it is really disturbing and somehow horrifying to have noticed that the decay of our moral values has really gone this alarmingly low. From some quarters, I also learned that the relationship of the duo is closed to 2 years if not more, and at a point there was a marriage proposal which was turned down by the families of the deceased, may be due to some obvious reasons.
There was also another story that UmmulKulthum’s marriage got broken because of her relationship with Mr Geng even after marriage, when the husband found a kind of communication (chat to be specific), he couldn’t take it. Now reviewing all these stories, one could easily picked how some untold influences lead to this sad and unfortunate criminally minded motivated murder and the socio-economic connection to the bare Immorality in the whole issue. One can also easily see that in trying to copy others that are not Us, we have borrowed and adopted so many alien cultures that are completely different from ours and not only that, are seriously in conflict with ours, and we are insisting that they must be ours. And the results is what is now manifesting.