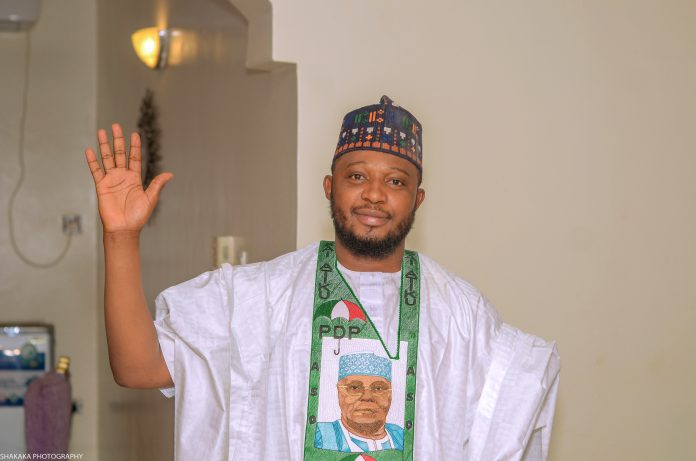 I must agree that the recent decision of ‘no zoning’ by People’s Democratic Party (PDP) has utterly displayed the party’s readiness to seize power from APC in 2023, strategically and amicably.

As a politician, I have since predicted both the next move and morrow of PDP, after I learned that the primaries will hold next month, May 2022 – and that every candidate that is eyeing at the presidential seat can participate.

This, and several more grounds made me feel much confidence that our great party ‘now’ has every tools needed to rule this country – and form an impressive set of leaders at all levels.

Although my previous take on zoning was ‘actually’ to consider north and ‘in particular’ North-West or North-Central; my topmost opinion then, was to make Atiku Abubakar the parties consensus candidate. But, God has it all – and our plans will hopefully be empowered by Him.

Undoubtedly, PDP’s decision is democratically-oriented, and must therefore be commended by every party loyalist – because it has ‘again’ convinced Nigerians about PDP’s level of political expertness as well as giving room for its members to wittingly exercise their freedom.

Having said that, it is obvious that there are now ‘on the ground’ several aspirants within the party – each eyeing at the presidential position comes 2023, but one thing I am pretty sure of is that, the entire candidates have common goal…and that’s getting the party back into power.

I will vividly remember with nostalgia, the recent interview some newsmen had with Senator Abdul Ningi in which he said “the party must pick the most bankable candidate”. Senator Ningi ‘s interactive session with journalists played a vital role in refreshing and strengthening people’s belief that Atiku Abubakar should be the most suitable candidate, PDP stalwarts should back.

As the former Vice-President from 1999 to 2007, Atiku Abubakar’s political pedigree and vast experience in leadership among other qualities were obviously the ‘ladder-steps’ he climbed in 2019 general elections to earn millions of votes from Nigerians.

Aside from the current deplorable state of hunger, insecurity and economic freak-out ‘all’ caused by President Buhari’s administration over the years, citizens developed interest and trust in Atiku Abubakar – after carefully studying his contribution towards economic growth and resoluteness in protecting democracy…back in those days.

Single handedly, Atiku Abubakar used his rich experience and logic to tactically ensure the revocation of President Obasanjo’s ‘third term agenda’ and that has in million times saved Nigeria’s 20 year plus democracy.

Nigerians will hardly ‘also’ cease to remember the efforts of Waziri of Adamawa in terms of proffering solutions to the then national economic and social issues – hence the reason many Nigerians concluded that the PDP’s ‘check-up’ card is in Atiku Abubakar’s hands, and not any other candidate.

Citizens always salute the courage of Atiku Abubakar for being a foreman in contributing to Nigeria’s challenges and progresses far ahead of any other aspirant. People believe that his promptness in showing deep concern over many unwanted situations can’t be ignored or go unnoticed! Even the dead can ascertain to living of his patriotism and love for this country.

More so, the already exposed commitment of Atiku Abubakar in terms of ensuring a peaceful, progressive and one Nigeria that will strive to prosper irrespective of the tribes it contains; or the number of tongues and religions accommodates. His biggest plan ‘now’ is to join the heads of Nigerians to come together as “ONE PEOPLE with ONE FUTURE and make the country ONE GREAT NATION again.”

Optimistically, establishing one Nigeria is possible- once Atiku Abubakar is elected as president…because he will undoubtedly use his power and experience to un-root Nigeria from its current status of world’s capital of poverty to a more developed and well-endowed country – through job creation and proper management of power.

As we all await the next step of securing presidential ticket, our current stand as ardent supporters is prayers for better takings to Atiku Abubakar.