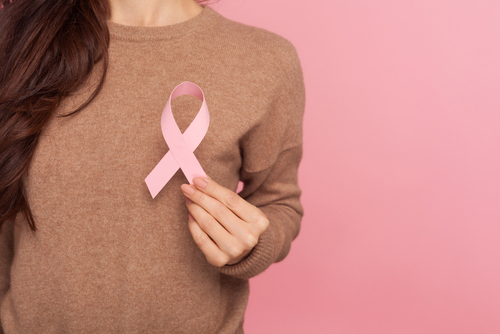 Across the world, women are known to live longer than men.

According to the World Health Organisation (WHO), the life expectancy of women is 74.2 years, while that of men is 69.8 years.

Here are some health issues to look out for as a woman.

Breast cancer, which usually originates in the lining of the milk ducts, can spread to other organs.

It is a common type of cancer affecting women globally.

Breast cancer is more predominant among the female population, although it affects men as well.

Women who have breast cancer may develop breast lumps, but most breast lumps are nonthreatening.

It is therefore important for women to have lumps checked out by a doctor.

It is any cancer that begins in the ovaries. It is one of the most common cancers affecting women.

In its early stages, ovarian cancer has little to no symptoms. If symptoms do occur, they tend to resemble that of other conditions such as premenstrual syndrome and irritable bowel syndrome.

Symptoms may however include pain or pressure in the pelvis, unexpected vaginal bleeding, pain in the back or abdomen, and bloating.

A lot of people are not aware that ovarian cancer and cervical cancer are different.

Although both conditions cause similar pain, cervical cancer also causes discharge and pain during intercourse.

You can lower your risk of having cervical cancer by having screening tests and receiving a vaccine that protects against HPV infection.

Uterine fibroids, or leiomyomas, are tumors or growth in or on the wall of the uterus or womb.

Not all fibroids cause symptoms but, when they do, they can include heavy menstrual bleeding, back pain, frequent urination, and pain during sex. It can, however, be diagnosed through a pelvic exam.

Family history of fibroids, starting menstruation at an early age, and not having children can increase the risk of getting fibroids.

Small fibroids often don’t need treatment but larger ones can be treated with medication or surgery.

Endometriosis is a disease in which tissue similar to the lining of the uterus grows outside the uterus.

It is a common gynecological disease, and its primary symptoms include pain and infertility.

Experts have attributed two main risk factors to endometriosis such as starting menstruation before the age of 11 years, as well as heavy and prolonged menstruation.

Women are prone to feeling depressed at various stages and points in their lives due to natural hormonal fluctuations.

For instance, premenstrual dysphoric disorder (PMDD), a more severe form of premenstrual syndrome (PMS), can cause depression among women.

After giving birth, some mothers experience perinatal depression which causes emotional shifts, sadness, and tiredness. Perimenopause, the shift into menopause, can also cause depression in women.

Speaking to a professional when depressed is highly encouraged and can help one feel better.

Human immunodeficiency virus (HIV) is a virus that can be transmitted through contact with infected blood, semen, or vaginal fluids.

Sadly, women account for more than half the number of people living with HIV worldwide.

Young women between the ages of 10 and 24 years old are twice as likely to contract HIV as young men the same age. In fact, Michel Sidibé, former executive director of UNAIDS, described HIV as an epidemic for women.

Although treatment can help with the condition, it cannot be cured. Regular screening for early detection is highly encouraged.