The Northern Parasite is fed up: Equity or Call it Quit 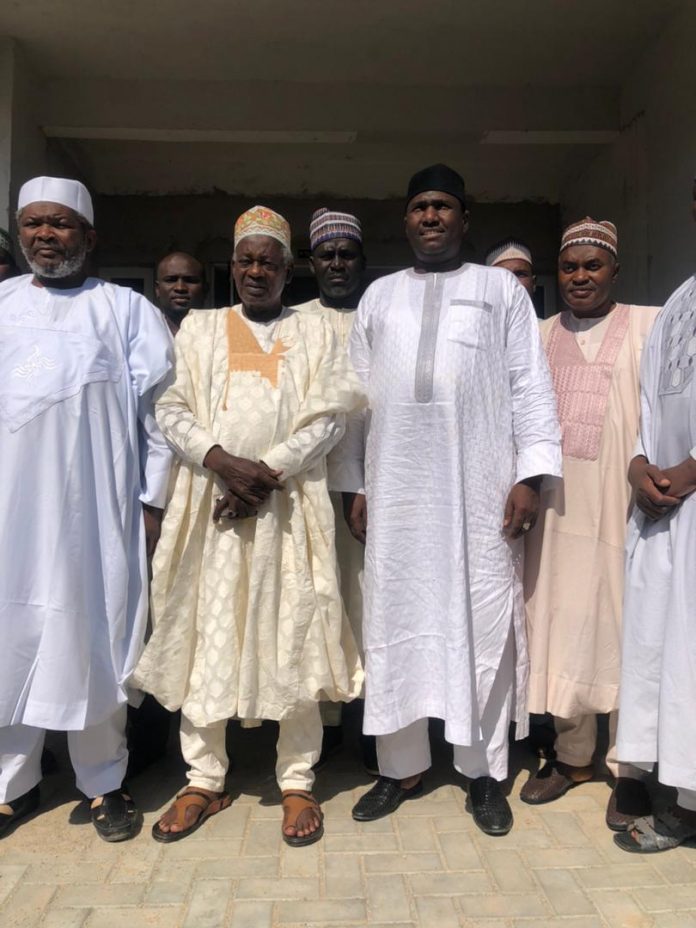 The Parasite North as called by our Southern brothers and sisters alike is a region that currently occupied a landmass of 660,000 sq km out of the 923,768 sq km landmass of the whole country called Nigeria. Here we are talking of more than 2/3 of the landmass of Nigeria. In terms of population the ratio is more than that even, but yet we are the Parasite!

Lets we forget, when the British colonial masters came to the North before the amalgamation of the country called Nigeria in 1914, they met the majority of our Northerners literate (they can read and write) even though not in the language they speak. The British people also met the Northerners well established in trading and farming as well. An ordinary Northerner is a trader that travels as far as East Africa to trade and return back home, whereas those at home are left to farm to provide for what to feed the women and children at home. This was the North since before amalgamation, which clearly shows that an ordinary Northerner was and is still never a lazy fellow, and does not depend on anybody for his survival. He strive to feed and even give others from his own.

Had the types of Lord Lugard survived to today, he would have been in a better position to say more about the North, the Northerners and our culture, but all the same that is the beauty of History. It is always there even if it is not documented, and no matter how people try to distort History, it always has a way of revealing and surpassing itself. We became aware and updated about our beautiful North because of History. Yes! History.

The North and the Parasite theory:

The North as an entity has 19 States of the 36 States of the Federation, and like I said earlier it occupied 660,000 sq km landmass of the 923,768 sq km of the Nigeria’s landmass. What I didn’t say is the North also has more than 90% of the mineral resources deposits in the country, most of which are still untapped. So also the vast land is highly fertile, go to anywhere in the North and any type of crop can grow. We are that rich.

Gold deposits are found in Northern Nigeria, most prominently near Maru, Anka, Malele, Tsohon Birnin Gwari-Kwaga, Gurmana, Bin Yauri, Okolom-Dogondaji in the North, and Iperindo in Osun state, way back 1913, and mining started since then but it reached its peak in 1930. Remember, Nigeria became Nigeria in 1914, which shows that the discovery was before the amalgamation. So this means that North was rich in everything since before Nigeria is Nigeria, and the Northerners were and still are very hard-working men and women, and also self-sustaining even before amalgamation. But these are the people that are now called Parasites mostly by people who do not even know their historical background talk less of others’ history.

Our famous crude oil was first discovered on Sunday 1st of January, 1956, that was 43 years after the Gold’s discovery in the North and more than 100 years of Northerners self-sustaining farming and trading. Crude oil was first exported in 1960, that is after the Nigeria’s Independence. And I want tell the readers of this article with full confidence that even the Refineries were built with the proceeds of our groundnut that was grown in the North with the sweat and hard work of Northerners. The labor from the discovery to the building of the Refineries was completely financed by that proceeds, yet now when the cruising get sweeter, we the financers, are call the Parasites.

Well for century now we have been trying to keep Nigeria as one entity. Since from the amalgamation of the 1914, we have been trying to keep things going and considered as normal even to the detriment of our being.
We have and are being call with different unprintable names simply because we want to one Nigeria.
Our leaders were murdered, but we could not retaliate because we believed in one Nigeria. We passed through more than 3 years of civil war with devastating damages, just to keep one Nigeria.
I believe we are getting fed up. Yes, we are.

You see I am a bit disturb to what Parasite is and what they are regarding Parasite to be, unless of course if Parasite has another meaning other than what it is.

Parasite is an organism that lives in or on an organism of another species (its host) and benefits by deriving nutrients at the other’s expense.

Parasitism is the practice of living as a parasite on or with another animal or organism.

Above are the two definitions of Parasite and Parasitism. Now I will make a small narration or explanation and I will leave the readers to deduce the answer as to who are the Parasites and who are practicing Parasitism.

I will take my State as a reference point, the Kano State. And I believe it is the same with every state of the North.

Please those who know Kano very well, I want to you people to visit Sabon gari in Kano and a place call Fanisau behind Malam Aminu Kano international airport to see for yourself. Let me tell you especially the Fanisau side even the land is owned by our fellow brothers that are asking for Biafra, yet they are not satisfied and with all that they are at the helm of calling us Parasites, their families and investments are all flourishing in our land 100% , but still we are the Parasites.

Visit the remotest village in Kano or any northern State and you will find one Igbo man or Yoruba living comfortably doing his businesses without any harassment or intimidation, in many cases they have even changed their names, yet WE ARE THE PARASITES.

They own houses, shops, businesses and investments in our own land, but alas! they have the gut to call us Parasites. They even control and own some businesses and even monopolized them in our own land (eg. spare parts, some building materials businesses, etc), yet WE ARE THE PARASITES. Can you just imagine. These are just but few instances.

Let me tell you this is the same all over the Northern States, they are just everywhere, in most of the States even controlling some particular markets and businesses, but go any of the southern States if you will see any Northerner controlling any business in peace or owning any structure, not even a shop talk less of a house, yet WE ARE THE PARASITES AND THEY ARE ASKING FOR SEPARATION.

WE ARE JUST FED UP:

Yes, we are Fed up and we want to go our separate ways.

I would like to propose to our Governors in Northern States to start taking census of those southern indigenes and their businesses in order to prepare for an appropriate plan of what to do. Governors like Wike have already gone ahead to start taking control of his State, let every Governor do the same. It is about time we define the type of relationship we should get involve with these our fellow country folks. LET US SIT ON A TABLE AND DECIDE HOW THE LIVING WILL BE. THE HOST SHOULD LET THE PARASITE GET DETACH FROM IT A BIT, BECAUSE IT IS LIKE THE PARASITE IS THINKING IT IS THE HOST.

THE PARASITE IS FED UP SUCKING THE SAME BLOOD OVER AND OVER AGAIN.

LET’S QUIT SINCE THERE IS NO EQUITY.