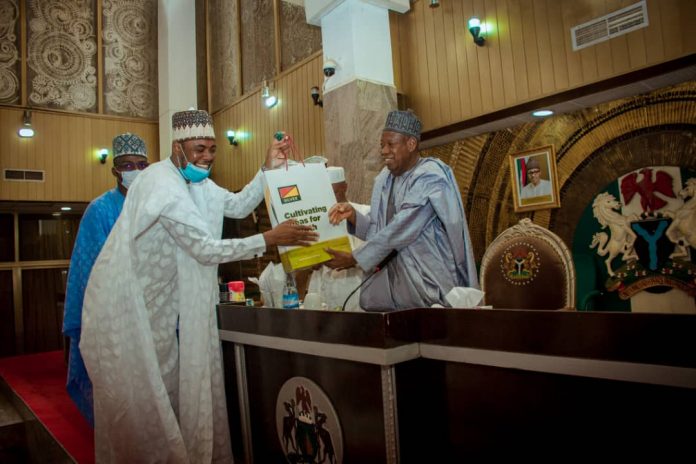 In its bid to ensure the transformation of commodity trading, stimulating agricultural value chain and food system efficiency, Silvex International is planning to build an Agro-Industrial Park in Kano State.

The company revealed that the objectives of the project is to among other things; improve development of systematic agricultural value chain in various commodities in Nigeria and beyond.

The proposed agro-Industrial park is to be situated at Bunkure community within the Kano River Irrigation Project area.

This was made known when the management of the company led by it’s CEO Alhaji Abubakar Usman Adam made an investment presentation to the Executive Council of Kano State, at the Kano Government House.

In a statement issued to newsmen by the Chief Press Secretary to Kano state governor Mr. Abba Anwar, mentioned that Governor Dr. Abdullahi the Umar Ganduje, while receiving the team, gave an express directive to Kano Investment Promotion Agency (KANIVEST) and all other relevant government agencies to hasten the process and outline what is expected of the government to incentivize the investors and ensure immediate actualization of the project.

Addressing the executive council earlier, the Managing Director/CEO, Silvex International Limited Abubakar Usman Adam said the Agro-Industrial Park project is designed to serve as a geographical cluster of independent firms grouped together to gain economy of scale by sharing infrastructure such as roads, energy, transportation, laboratory, communication and storage facilities among many other things.

According to the CEO, the Agro-Industrial Park is worth one hundred and sixty two million US dollars ($162,000,000) and with express directives from Kano state governor, the first phase of the project estimated at twelve million US dollars ($12, 000,000) would be completed within six months of the inception period.

“Supported by the British Foreign and Common Wealth Development Office(FCDO/UKAid) under its Links Project, the Agro-Industrial project will serve a one stop shop for Agribusiness and commodity trading through value addition and strategic reserve and storage facilities where key players will have positive externalities. This will attract more investments and job creations, improve rural incomes and livelihoods, as well as increase internally generated revenue to government. On other hand farmers, aggregators, processors and distributors will de-risk their businesses and solve the challenge of supply defaults and business activities will have increased profits” Abubakar added.

He also confirmed that the Agro-Industrial Park which is the first of its kind in Nigeria, will play a significant role in price stabilization of essential commodities, market development and promote Agricultural mechanization and technology transfer from foreign investors in the country with a robust research and development through scientific and modern equipment that will be deployed.