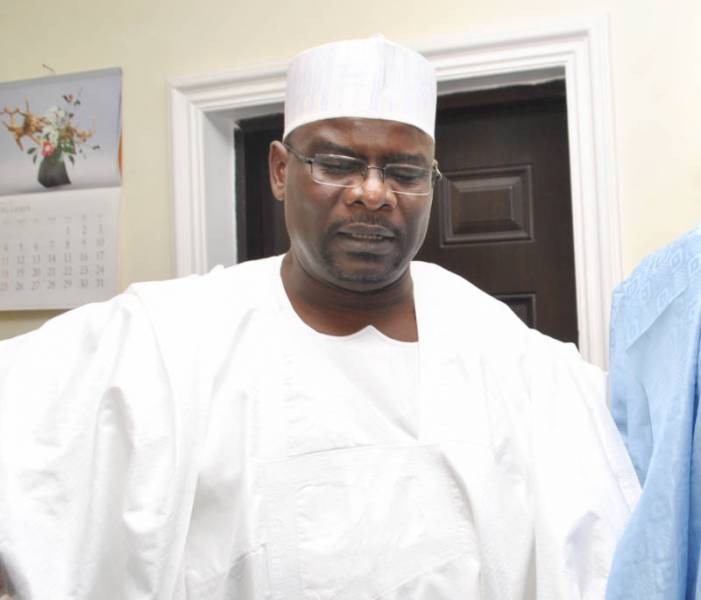 The Chairman, Senate Committee on Army, Senator Ali Ndume, advised the regime of the President, Muhammadu Buhari, against spending foreign loans which the nation is getting from international lending agencies on recurrent expenditure like salaries and overhead.

The former senate leader, who is representing Borno South Senatorial District in the National Assembly, gave the advise in a statement he personally signed on Sunday, on the Democracy Day commemoration.

The country’s currently debt profile according to the Debt Management Office hit N33.10 trn as of the end of the first quarter of 2021.

This represents an increase of N191bn compared to the N32.91trn recorded in December 2020.

The DMO in a statement last Wednesday, had said the debt figures include the debt stock of the federal and state governments, as well as the Federal Capital Territory.

Ndume said, there was absolutely nothing wrong with a country taking foreign loans but that such should be spent to boost agriculture and the revival o moribund industries.

He also said the loans meant to provide infrastructure should be obtained from international lending agencies with favourable conditions.

He said government should ensure that such roads infrastructure are made to generate revenue by erecting toll plazas on them.

Ndume’s statement read in part, “Concerning the issue of foreign loan borrowings, the problem is not about borrowing because the idea is not bad.

“Even developed nations also do the same thing. It is what the government do with the money that is important.

“The concentration on infrastructural development by the Buhari administration, especially in the area of railway and road infrastructure is commendable.

“The Federal Government should look at the possibility of borrowing for agricultural development so that our people will move from subsistence farming to a mechanised one.

“If that is achieved, it will generate employment and guarantee food security. Also, there would be no need for Nigeria to spend foreign exchange on food importation. We can produce all types of food in Nigeria only if the farmers are well funded.

“The borrowings should be spent on purchase of farm implements and other farming machinery and make it available to farmers.

“The external loans should also be used to fund moribund industries especially textile and spare part manufacturing among others. It is only through that the government can guarantee borrowings because the manufacturing industries will come up again through the Manufacturers Association of Nigeria.

“The government can serve as a guarantee for the loans so that MAN would coordinate the process of resuscitating the moribund industries that had been closed down.

“The loans should be borrowed from the international lending agencies whose terms are very good in order to develop our road infrastructure and mount toll plazas in order to generate revenue to pay back the loans.

“Borrowings should not be made to defray recurrent expenditure like payment of salaries and overhead costs. Funding for such purposes should be sourced locally from taxes and other internally generated revenues.”

He commended the Buhari regime for the move to fund the nation’s security and military services for the purpose of tackling insecurity.

He said, “On the issue of insecurity, I have been advocating an increase in the military funding but that has now been done by the recent submission of the supplementary budget of over N800bn by the executive arm of government to the National Assembly.

” Majority of the money is meant to address the security challenges in the country. This is a commendable effort by President Buhari.

“With this now, there is light at the end of the tunnel because if the materials and necessary military hardware and equipment are immediately purchased, and handed over to the military, I am sure that the Nigerian Army who are known for their gallantry in international assignments will be able to do more to defend the internal security challenges confronting Nigeria.”

“I congratulate Nigerians on the commemoration of the June 12 as Democracy Day.

“I commend the President, Muhammadu Buhari, for his decision to be speaking out to Nigerians because the people have been eager and worried over his continued silence on critical national issues in recent times.

“Many Nigerians are now happy that their President has started talking to them once again. I therefore encourage him to be doing that intermittently, if possible, on quarterly basis.”