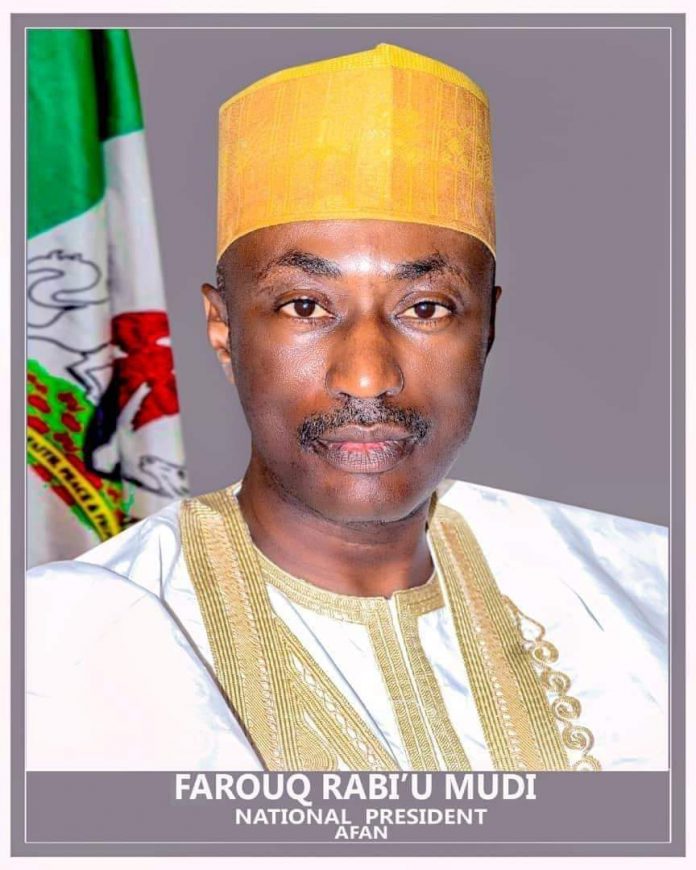 The president of the association Alh. Farouk Rabiu Mudi described the move as a one-on-one visit to Kabo, Gwarzo and Kunchi Local Government Areas during a press conference. Farouk Mudi said efforts to promote dry season farming across the country and food in particular had made the country self-sufficient without relying on foreign imports.

President Farouk Mudi further said that God has blessed this area with water and reserve water and agricultural land since we have this we need to use water reserve for dry season farming, doing so will enable the farmer to improve his business for profit.

He also called on our investors to continue investing in agricultural development across the country. The provision of water reserve will help reduce the flooding of our water reserve during the dry season.
Rabiu Mudi further added that the flooding damage will be alleviated if the use of this irrigation system is not disrupted. This is the reason why we say we should come here.

And we thought that the first thing to do is to bring in big farmers, rich people and rich people to come and invest in this business because farming is a business like any other business, whenever a farmer takes a lot of support and then ends up supporting it. . Introducing this farming system will reduce the cost of farming our border crossings.

In an interview with some farmers expressed their happiness over this process Mal. Usman Nadada Shu’aibu of Gudi town in Kabo Local Government Area of ​​the state said he grows tomatoes, onions and maize.

Also farmer Mal. Sunusi Alhasan, the chairman of the Gwarzo Local Government member of Association, said that when the President of the All Farmers Association of Nigerian, Farouk Rabiu Mudi, came to them with the news that a servant of God was coming, he would set up the channels from the dam. I have something

Sunusi Alhasan went on to say that many villagers and farmers have been informed of this information and we are thankful to him for bringing this development to us as a result of God’s blessings on his parents. We are currently cultivating 100 hectares due to the fact that you are buying petrol but with the advent of this system we have more than 3,000 hectares that we cannot cultivate and our people have to migrate if we get this system then we will also cultivate more.