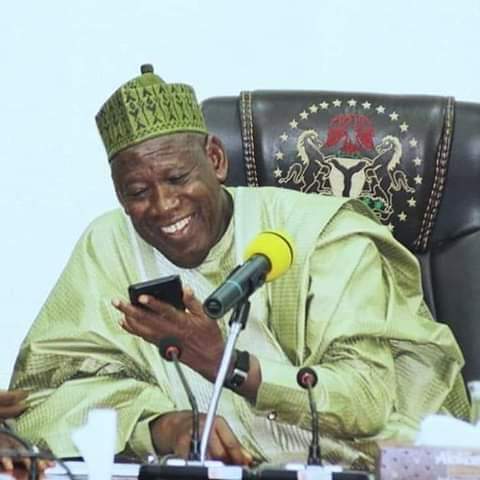 Kano state government through Governor Abdullahi Umar Ganduje has condoled with the families of the immediate past Nigerian Ambassador to Jordan, Haruna Ungogo who died yesterday and has since been buried according to Islamic rites.

“We received the death of one of the illustrious sons of Kano state, whose patriotic posture for his state and the country was incomparable. We really missed a great citizen who stood firmly in the service of his state,” said governor Ganduje.

He reminded that, he instituted discipline and utmost service to humanity, when he was Secretary to the State Government in Kano, many years back, “Which earned him respect amongst his folk,” insisted governor.

What remained for the family, friends and well wishers of the deceased, according to the governor “…is prayer, prayer and prayer. Our prayer is may Allah reward all his good deeds and forgive all his shortcomings, ameen.”

After commiserating with the families, he further prayed that, May Allah give the families the fortitude to bear the great loss, adding that “It was his sterling qualities, as a good citizen that informed his last appointment as the Nigerian Ambassador to Jordan, before his demise.”

“Apart from exhibiting sterling qualities as Secretary to the State Government then, he was exceptionally excellent when he was Commissioner for Finance many years back and Rector, Kano State Polytechnic. His was good, better and best,” extols governor Ganduje.

“I, Abdullahi Umar Ganduje, on behalf of the Kano state government and the good people or Kano state, am extending this condolence message to the families of the late Ambassador Haruna Ungogo. May Allah accommodate him in Jannatul Fiddaus and may He forgive all his wrongdoings, ameen,” he concludes.