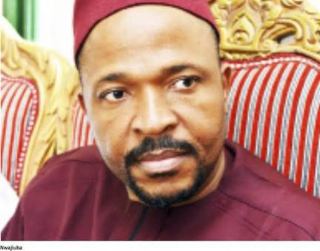 I’m so inspired that the agitation for a Nigerian President of Igbo and South East extraction is gaining momentum across regional, ethnic, religious and political divides. The show of good faith by prominent politicians, elder statesmen, and ordinary Nigerians rekindles the hope that a greater and more equitable Nigeria is feasible in the near future. In January this year, elder statesman and political veteran, Alhaji Tanko Yakasai from Kano State, said: “Nigeria had three major blocks. Two of these three, namely, the North and the West have had the opportunity of producing the President. Therefore, the Igbo have a good argument because out of the three siblings, two have already succeeded at producing the President, but the Igbo have not.”

While Pa Yakasai and several others have been quite mature and responsible in putting their concerns across, there are many, who are so illogical and insensitive in aggressively pushing the narrative that Igbo cannot be asking for the presidency. Some even suggest that Igbo presidency would lead to breakup of Nigeria. This is as untrue as it is blackmailing.

I totally disagree with the notion that an Igbo man will be a stumbling block to our democracy when he becomes the president of our dear country Nigeria. The most important and peaceful solution would be to present a credible candidate who will be offered to Nigerians as a progressive agent. There is wide speculations that Hon. Emeka Nwajiuba, the current Minister of State Education can fit the job perfectly.

Hon. Nwajiuba who hails from Ehine Mbano Local Government, Imo State can best be described as one of the most reputable Igbo political class . A man of high esteem and detribalized, he is very fit for Nigeria’s number one job. It will be recalled that Nwajiuba was the Governorship candidate of ANPP in 2003 general election in Imo state, while President Muhammad Buhari was the presidential candidate of same party. Hon. Nwajiuba was also governorship candidate of CPC in 2011 with President Buhari as presidential candidate. Equally, Nwajiuba was a member of the three (3) men committee that saw to the coalition of CPC/ACN to form APC in 2014. The above long cordial relationship between Hon. Nwajiuba and President Buhari made him the most trusted and ally of Mr. President from Igbo extraction.

The advent of the Fourth Republic in 1999 profoundly evidenced these conventions with the then two leading contesting political parties, the Peoples Democratic Party, PDP and the All Peoples Party, APP/Alliance for Democracy, AD, alliance respectively presenting Chief Olusegun Obasanjo and Chief Olu Falae, both Yoruba from the South-West zone as the major candidates for that year’s presidential election, with their running mates, Alhaji Atiku Abubakar and Alhaji Umaru Shinkafi, coming from the North-East and North-West, respectively.

These consensual decisions by the parties were informed by the fact that the regional North had had its fair share of the country’s presidential leadership, and it was proper for the office to go to the Yoruba South-West, considering the fact that a Yoruba had presumably won the election to that office six years before, precisely in 1993, but which was denied him by the then military establishment.

Eight years of Chief Obasanjo gave way to power returning to the regional North with the emergence of Alhaji Umaru Yar’Adua, whose unfortunate passing before the end of his first term gave rise to the emergence of his deputy, Dr. Goodluck Jonathan from the Ijaw minority group of the South-South as president. One term of Dr. Jonathan witnessed power returning to the regional North, with President Buhari, from the North-West clinching the office, and being returned for a second term, to terminate in May 2023. This now leaves us with who should take over from the President in 2023.

Nigeria’s political history has witnessed regional North in total would have led Nigeria for 45 years and three Month by May 2023 while the Yoruba of the south-west have led the country for exactly 11 years and 11 months. But what about the Igbo? Just 6 months of Gen. Johnson Aguiyi-Ironsi (January 15 – July 29, 1966).

It will amaze many readers to learn of my experience since this project began early last year. From my interactions with these youngsters, I have come away with the impression that a sense of belonging by them will subdue this agitation, and what sense of belonging can surpass the joy of an Igbo presidency? There are former Biafran agitators and other Igbo activists who have collapsed their various groups into this project, believing that it best represents Igbo interests. Every student of Nigeria’s political history recognises that this political agitation is the product of frustration with the Nigerian state for their perceived marginalisation which has culminated in the denial of Igbo a shot at the presidency. Those of us who ought to know are aware of the thunderous agitation from the Yoruba South-West subsequent upon the denial of the presidency to late Chief MKO Abiola, winner of the controversial June 12, 1993 presidential election.

After Abiola’s death in detention, the Yoruba took their agitation for Yoruba presidency everywhere: to the streets, to the newsroom, to the international community, and to the heart of Nigeria’s power politics. There were even calls from some Yoruba extremists that the denial of the Yoruba presidency could instigate the emergence of Oodua Republic, giving rise to the formation of Oodua Peoples Congress, OPC. The message was loud and clear: Our son was elected president in a free and fair election, was denied his victory and subsequently died in detention; it was either a Yoruba presidency or Oodua Republic.

The three leading political parties then, presented Yoruba candidates in 1999. And Yoruba got it! Twelve years after Obasanjo’s two terms, with the South-West politically strengthened, especially with a Yoruba as the most influential power broker in Nigeria today, not a whisper has been heard ever since of Oodua Republic! That is the power of equity, fairness and justice, as well as a dogged determination to pursue it. That is the power of the unwritten conventions that have become Nigeria’s source of strength. Eight years of Igbo presidency will douse and eliminate secession agitation and Igbo feelings of marginalization, and guarantee a feeling of fairness, equity, justice, oneness and togetherness – a united Nigeria.

Every well-meaning Nigerian should key into this project and ensure the emergence of an Igbo president. And the three years long journey begins now. The Igbo political class has a major role to play too, by forging a united front and standing by this position. They should put behind them their political differences for a united goal and unanimously present Hon. Emeka Nwajiuba as their presidential candidate if they really mean business.

An Igbo presidency in 2023 is a project that has come to form the foundation for the end of the feeling of marginalization by one of the three major ethnic groups in Nigeria; the success of which will bring an end to one of the major drawbacks of our development, and create a conducive atmosphere for enhanced national development.