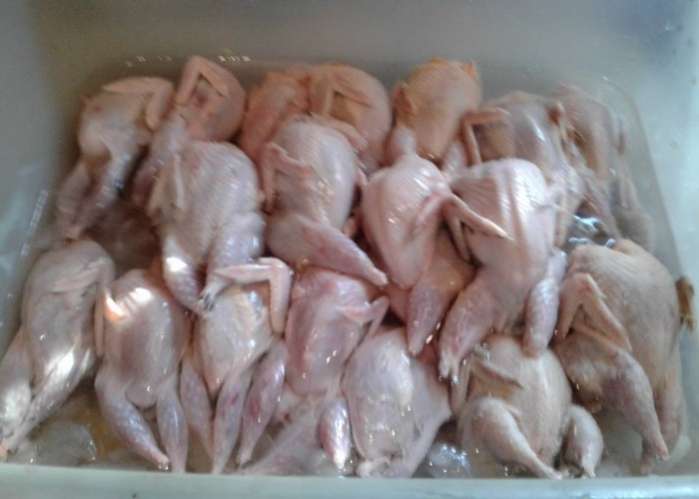 Popoola disclosed this in an interview with newsmen in Ibadan on Friday.

He described quail as a fast-growing bird that could reach maturity at 56 days and highly recommended for the adults because of its nutritional importance.

According to him, quail-rearing occupies less space compared to other classes of poultry; they eat less feed and can be started with low capital because it has short generation interval.

The animal scientist emphasised that quail egg could provide five times as much iron and potassium as chicken eggs as it also contained more phosphorus and calcium.

“It does not cause allergy and diathesis. It can help to fight allergy symptoms due to the ovomucoid protein that is even used in the production of some anti-allergic drugs.

“Regular consumption of quail egg will boost the immune system.

“The egg is also known to stimulate growth, increase sexual appetite, stimulate brain functions, thus improving intelligence quotient and generally rejuvenates the body. It is a gem of nature, given to heal humans.

“Quail egg is small (between 10 and12gms) but it is packed with many substances needed to keep the body healthy. It is also an abundant source of useful trace elements and vitamins and a powerful stimulant of sexual potency.

“It (egg) also strengthens the immune system to slow down aging of organs and increase the life span,’’ he said.

According to him, it improves skin colour and strengthen hair, making it shiny and voluminous.

“That’s why quail eggs are used for facial and hair care masks. If kids eat at least two quail eggs daily, they grow better and are less likely to suffer from infectious diseases,” Popoola said.

He also noted that quail could be a very good source of protein, low in sodium, a good source of thiamin, riboflavin, vitamin B6, zinc, selenium, niacin, phosphorus and copper.

He further explained that quail could promote the growth and strength of bones and make macro elements assimilated in the body.

According to him, its yolk does not only contain protein but also has lutein and zeaxanthin that can take care of the retina.

Popoola added that the meat also contained vitamin E which helped to take care of the skin.

In order to keep the animal healthy, he urged the farmers to maintain a clean environment for the quail to live in.

“Once your quail has reached maturity and your job of parenting is over, it is time for the quail to start giving back.

“Your ability to perform proper management will become a major factor in determining if your quail will now make you money or not.

“Their feeds account for 60 to 80 per cent of cost of production. The performance and ability of quails to reach market weight at a desirable time, depends on the feeding management.

“They start to lay at six to eight weeks but don’t incubate their eggs and are placed in an artificial incubator set at 37.5 OC with high humidity (70 per cent).

“There are distinct differences between feather colour of males and females, the latter are larger than males,” he said.