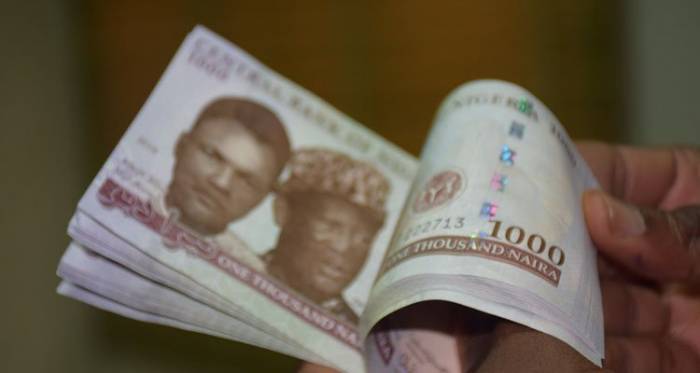 The Central Bank of Nigeria on Tuesday adjusted the value of the naira to exchange to the dollar at N381, as parts of measures to converge the nation’s multiple exchange rates and ensure stability.

Although the CBN has not officially made its position known, data obtained on the website of FMDQ OTC Securities Exchange on the CBN official rate showed a 5.54 percent change from N360/$ to N381/$.

FMDQ Securities, registered by the Securities and Exchange Commission, was put in place to create an efficient platform for the registration, listing, quotation, trading and reporting of securities and financial products.

The new rate is believed to be in line with the apex bank’s efforts to unify the exchange rate as the foreign exchange spot. On Tuesday, the dollar was quoted at N380.69k at the Secondary Market Intervention Sales (SMIS), where importers access foreign currencies.

Oil revenue contribution to the Nigerian economy should get a minor boost from the devaluation of the official rate, Omotola Abimbola, an analyst at Lagos-based Chapel Hill Denham, said in a post on Twitter.

“Now, CBN has to unshackle the I&E window, and maybe we can put this FX liquidity problem behind us,” Abimbola wrote.

In March, the CBN had adjusted the official exchange rate to N360/$ from N307/$ and abolished the N325 and N330 concessionary rates.

Godwin Emefiele, the apex bank governor, recently explained that the bank is making efforts towards a unification of the multiple exchange rates.

“What we mean by exchange rate unification is moving towards the NAFEX,” he said.

“NAFEX is our dominant market for the purchase and sale of forex and it is a free market where everybody is free to sell their dollars and those who want to buy are free to buy dollars,” he said at the meeting.

“Like some of you must have seen, three years before 2019, we saw a relatively stable forex market because the NAFEX rate and even the rate at which the central bank transacts business outside the NAFEX were substantially close to each other. So, the CBN will continue to pursue unification around the NAFEX.”

On his part, Ayodeji Ebo, managing director of Afrinvest Securities Limited, described the move as positive, adding that what’s left as a “final lap” is the improvement in liquidity at the I&E window to complement the CBN’s efforts towards a stable naira.