ALMAJIRANCI IS NOT BEGGING: CLEARING THE MISUNDERSTANDING 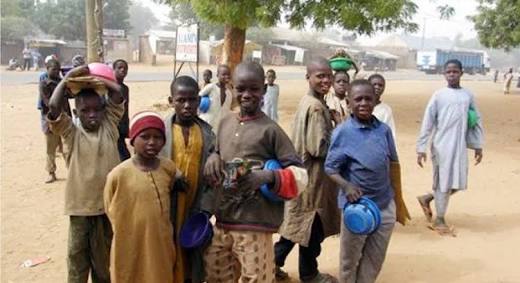 Recently some Governors especially those from the North banned STREET BEGGING in their respective states, which to many of us is a very welcome development, because the idea was long overdue. Even though most of the Governors did it for political reasons, but notwithstanding it is still a welcome development indeed.

I decided to do this write-up in order to clear some misconceptions about Almajiranci and Begging. Most of our southern friends took the two to mean the same, not knowing that they are clearly two different things and I feel they need to really understand the difference. Begging is a different thing and Almajiranci is another thing. Even though some Almajirai do beg, but it does not mean the two are the same.

Some two years ago I wrote about Almajiranci as misconception of Islam, and many people called to tell me that I should do more to this disturbing subject and I promised to..

What is Almajiranci and Who is an Almajiri?

Remember Almajiri? a name that the former First Lady Madam Patience at one time, insulted all northerners with. A very costly mistake that eventually costed her husband, the former President Jonathan, his Presidential seat in the 2015 elections.

Today, I may not be too good at the topic but I will do my best to make sure that my audience understand my point. I said this because the topic of discussion is somehow a religious one, which is always delicate and most of the times being mischievously misunderstood. I am saying this because I am not Sheik, but as a muslim I would like to clear some misconceptions about my religion which for long have been misinterpreted and misconceived.

The word ‘ALMAJIRI’ is derived from an Arabic word’ ALMUHAJIRIN’ which means IMMIGRANT. In Islam it refers to the companions of the Prophet Muhammad (SAW) who in the 622 AD migrated from Makkah to Madina. The word, however, in generic terms refers to THOSE WHO MIGRATED FROM THEIR HOMES TO OTHER PLACES TO SEEK RELIGIOUS KNOWLEDGE (ISLAM). Therefore anybody that leaves his place to another to seek for religious knowledge is called ALMUHAJIRIN. This word was adopted in Hausa language and corrupted to be used as ALMAJIRI.

The ALMAJIRI system of education, which is called ALMAJIRANCI, primarily focuses on reading or reciting the Holy Qur’an and committing it to memory and most of the times subjecting the pupils to total obedience to their Malams. The pupils nowadays leave their parents house at a tender age of between 5 -7 years of age to far away towns, specifically in search of Qur’anic education. The teachers whom are mainly referred to as Malams serve as foster parents to the children, while the pupils go out daily to work for food or money and give out part of whatever they get to the Malams. Most of the times, they even go to the Malam’s farm and work for him. You see learning how to read the Qur’an is a cardinal principle of our religion, the Islam. So you see an Almajiri means a student (a Quranic student) while Almajiranci means studying Quranic education.

And BEGGING on the side is asking for money or materials from other people for a living and it is never part of Islam. I can say this with confidence. It is pertinent to understand here that different categories of people now beg some for a living, some because of hardship and some because they have conditioned their minds to. Of course some almajiris do beg but it does not means begging is part of Almajiranci, mostly they resort to that to make a living out of it because the malams they stay with usually does nothing other than teaching them day and night, and some parents do leave their children at the mercy of the Malams and the society and this compelled the kids to venture into begging in order to make ends meet. But note that, Begging is never part of Almajiranci or Islam. To this end there are so many Qur’anic Surahs and Hadith that frown at BEGGING in Islam as such the issue of some Malams sending their Pupils to beg is never part of Islam or what Almajiranci is, it is alien.

So one can understand from the little explanation above that Almajiranci and Begging are distinctly different and are never the same. BEGGING IS NOT ALMAJIRANCI AND IS ALSO UNISLAMIC, AND THIS MUST BE UNDERSTOOD.

Of course many ALMAJIRIS flood the street to beg nowadays, but that doesn’t make the two to be the same.
ALMAJIRI IS A STUDENT SEEKING QURANIC KNOWLEDGE BUT A BEGGER IS SOMEBODY WHO ASKS FOR ALMS, WHICH I BELIEVE IS NOT PART OF TEACHING OR LEARNING OF QUR’AN.

For long, even in North we have been confusing the two to mean the same, definitely they are not same.

in the next write-up we will see if it is feasible to practice the Almajiri mode of education in our current setting.

May almighty Allah always guide and direct Us all, Ameen.