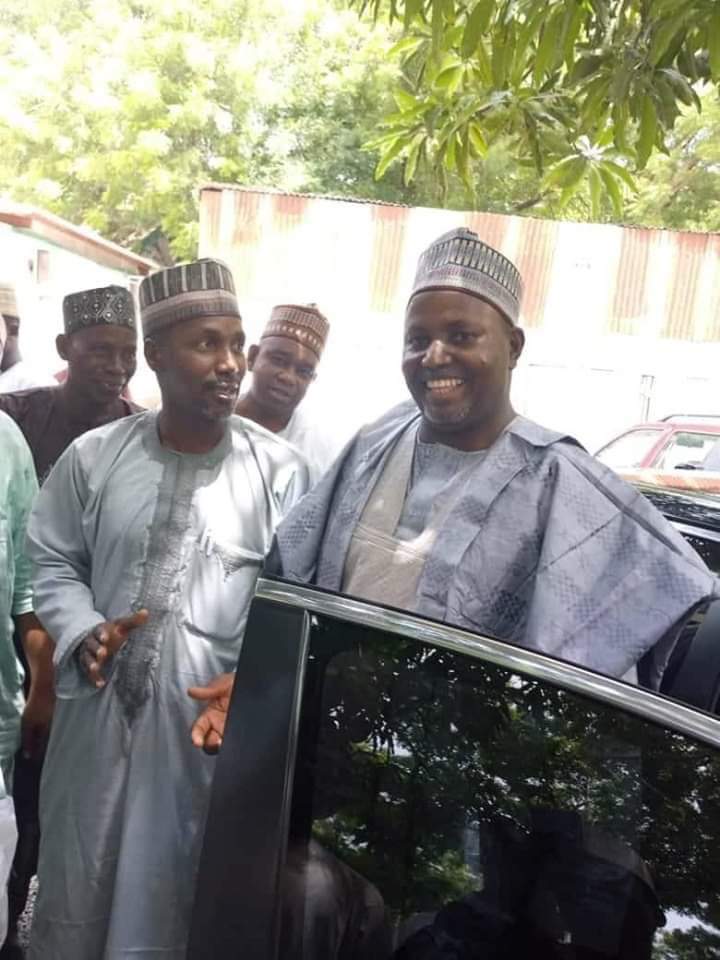 Some forty nine years ago, on a day like today 3rd of February, Dr Abdullahi Baffa Bichi was born in Hagagawa quarters located in Bichi ward, Bichi LGA of Kano State. He was born into the family of Malam Baffa, a renowned humble Scholar in Bichi.
Since childhood, young Abdullahi was always focused and determined on his objectives. Once he set to do something, he will be very restless until he is done with that his mission. He was also fearless in confronting whatever he is faced with. Anyway, I am not writing a biography as such I will bypass history and go straight what I want to communicate about Dr Baffa as he is popularly called.

Dr Baffa graduated with Bsc (Honors) in Mathematics from Bayero University Kano, and was employed as a Graduate Assistant in the same University, from where he proceeded to United Kingdom and did his Msc and PhD within the span of 2 – 3 years, after which he came back to continue his lecturing in BUK. Within a short time Dr Baffa became popular within his colleagues because of active participation in the politics of the Academic Staff of University – ASUU, he became very visible and noticeable in ASUU to such extent that he became the ASUU Northern Chairman after serving different roles in his Alma mata.

Dr Baffa up-to today, is always full of energy, very alert, very sharp in both thinking and response. He has an eagle eye and a snake ear, combined with a highly sophisticated IQ. He is somebody who is always aware and want to be aware with his surroundings. Anybody that is closed to him can attest to these facts.

Other gifts that almighty Allah gave Dr Ab Baffa are that he is very initiative and also a very good mobiliser of people within a short time. A clear example of these two gifts is the founding of the #One2Tell10Movement and within a short time he was able to mobilised people in all of the 19Northern states plus Abuja during the reelection campaign of President Muhammadu Buhari. The Vice President Professor Yemi Osinbajo attested to this in one of the Presidential rallies in Abuja where he raised Dr Baffa’s hand and thanked him for all the effort he was putting then during their reelection campaigns. The #One2Tell10BSG was the single Buhari Support Group that roared so loud and was so much on ground and visible in all the 19Northern States plus Abuja, the group worked so hard and moved at a speed and a precision that no other support group did. This is attested to by all the living politicians of the country. And I don’t need to say that the support group #One2Tell10 is just synonymous with Dr Baffa. When one say #One2Tell10 is just like he saying Dr Ab Baffa. The support group was so effective to the reelection of the current National Government that at a point in many states of the North it became the only visible APC structure that was committed to selling the manifestos of the party. The group worked day and night irrespective of the weather to make sure that President Muhammadu Buhari was reelected. The structure of the group was in every ward of the 19northern States plus Abuja and I will say Alhamdulillahi, because the results of that hardworking group were visible everywhere in the North in particular and in the country at large.

Today being the 3rd of February, 2020, I am celebrating one of our own. I am celebrating a person that personally influenced my life in different ways. First of all, he is a closed confident from childhood, an intimate friend, a reliable brother who at a point became my Lecturer when I went back to BUK for my PGD in computer science and when I ventured into politics, he was already there and he therefore helped immensely in shaping my direction and giving me direction. He was very visible and influential to my becoming a candidate for the CPC when I contested for Federal House of Representative of Bichi constituency in 2011, and as it is now, as the founder and DG of the #One2Tell10Movement, and my humble self being its Kano State Secretary, he naturally becomes my Boss. A Boss that is always ready and able to give his all.

I can proudly say that @49, Dr Ab Baffa is an Achiever and also a source of inspiration to millions of his followers and lovers. I could recall when @ 46 years he was given to man the affairs of the mighty #tetfund I wrote a piece and told you people that there will be movement in tetfund, the rest is now history.

Until you get close to him, you may not easily understand the type of character he is made of. AS THE DAYS PASSED BY I AM SEEING AN ICON OF HOPE, FROM THE LITTLE I CAN SEE I KNOW THAT DR Ab Baffa has a lot to accomplish and be rest assured that we will always be with him to give him all the necessary support that he rightly deserves.

The Distance Covered Is Much, but There Is Much More To Cover and insha Allah we will always be on board.

HAPPY BIRTHDAY DR Abdullahi Baffa Bichi, we wish you long life and prosperity.
May almighty Allah be in control of our affairs always, Amin ya rabbi.

I, on behalf of us, wish you Allah all the best in life.
Allah Ya albarkacin rayuwa.