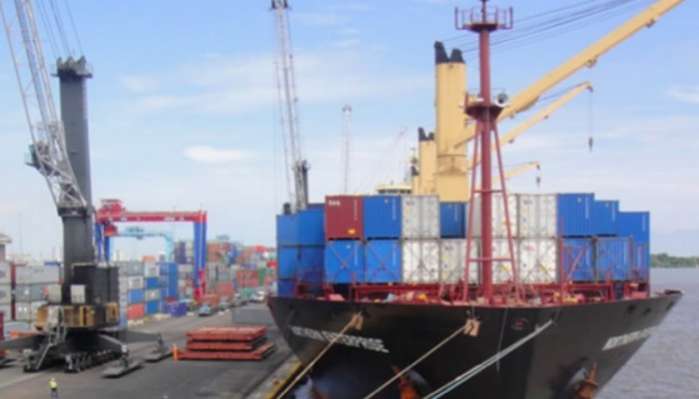 The International Monetary Fund (IMF) has stated that Nigerian ports system is challenging, identifying the absence of National Single Window platform, absence of scanning machines for Customs operations, poor logistics and road infrastructures as the bane of Nigerian Ports system.

IMF Mission Chief and Senior Resident, Representative for Nigeria African Department, Mr Amine Mati, stated this at the weekend when he took a tour of Nigerian ports as part of compilation and publication of the IMF Economic Outlook Review for 2020.

Speaking at the end of the tour, Mr Amine Mati disclosed that the delegation from IMF was on the visit to inspect the port activities and determine the challenges, the priorities and policies put in place by the Federal Government.

According to Mati, “We were able to discuss the port congestion and noted that the clearance time still remains challenging. We are trying to determine the different policies and priorities put in place, particularly the scanners, national single window. It is very important to accelerate these processes. The roads outside the port are also important for efficiency.

“As trade is picking up, the port is an important aspect of the Nigerian economy, particularly in Lagos where the activity is.

“The Nigerian port is challenging. Some of the challenges remain the logistics, the scanners, the single window clearance process. All of these challenges needs to be accelerated so that goods can be discharged quickly.

“This is part of our field visit. We carry out an annual check-up of the economy to determine the performance and challenges. We are also meeting with the government and the private sector. Our report would be published after March 30th.”

Speaking earlier, Executive Secretary of the NSC, Hassan Bello said the IMF Economic Outlook review is very important to Nigeria, especially now that the country is facing economic challenges for diversification of source of revenue.

Bello described Nigerian ports as a major port in North and Central African subregion and it is the largest economy in Africa. He said Nigerian ports attract 40-60 per cent of all the cargoes in the sub-region.

He however lamented that twelve years after the ports were concessioned to private operators, there is still lack of efficiency at the ports.

Bello assured that the Shippers Council is, however, working with the shipping companies to reduce shipping charges to about 30 percent and that both parties will soon go into an agreement.

He said that for now, there is 100percent cargo examination going on at the ports due to lack of scanners in the ports.

He however assured that by second quarter of the year all these challenges would be addressed.

“We are trying to build, first of all, a Port Community System so that we will have operational synergy and then of course National Single Window which is the simplification of all processes. We need to be open and transparent. We have to reduce the corruption at the ports and we need to automate the ports for faster clearance of cargoes.

“The road in and out of the port is a challenge and the government is now working, constructing all the roads leading to the ports. Besides, the government is also going to introduce rail services into the ports, because the problems have been that we are using one mode of transportation for cargo evacuation, and due to this, the ports have been stretched beyond their capacity.

“They are handling more cargoes than their intended capacity, so we have short term, medium and long term solutions for the ports,” Hassan Bello stated at the weekend.