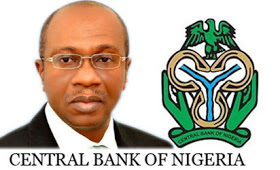 Banks customers on Monday commended the Central Bank of Nigeria (CBN) for its move in slashing various banks charges.

A cross section of customers who spoke with newsmen in Abuja on Monday described the development as the right step in the right direction.

Newsmen report that on Sunday, the apex bank in a new guidelines announced the downward review of most charges and fees for banking services, other financial, and non-bank financial institutions, with effect from Jan. 1, 2020.

A bank customer, James Onumah, told newsmen that the CBN’s directive was a new year gift to the all bank customers.

Onumah said most Nigerian banks were still characterised with some inefficiencies yet they charge customers for services they didn’t provide.

He explained that withdrawal charges of about N65 being taken from bank users by banks was exploitative and uncalled for.

Mrs Hadiza Maikarfi said the announcement was a cheering news for her at the weekend.

Maikarfi said various bank charges before the reduction were too high for customers like her could bear urging the apex bank to still review them downward.

According to her, these charges can discourage people from getting involved in financial services thereby affecting financial inclusion being promoted by the bank.

Sani Nura, another bank customer urged CBN to supervise banks to ensure the directive was carried out and implemented fully.

Nura added that the bank’s charges reduction by the apex bank was timely due to the current hardship being experienced by the citizens.

Funke Akin told newsmen that she had been celebrating over the reduction as anounced by CBN.

Akin said she was particularly happy over the removal of card maintenance charges adding that she never understood the essence of such charges by banks.

Okorafor, while briefing newsmen said the step was in furtherance of the bank’s quest to make financial services more accessible and affordable to various stakeholders in the economy.

He explained that some major highlights of the new guidelines included the removal of Card Maintenance Fee (CAMF) on all cards linked to current accounts.

He said there would be a maximum of one Naira per mille for customer induced debit transactions to third parties and transfers or lodgements to the customers’ account in other banks on current accounts only.

Okorafor explained that it all involved reduction in the amount payable for cash withdrawals from other banks’ Automated Teller Machines as Remote-on-Us transactions.

The director said the reduction was from N65 to N35 after the third withdrawal within one month.

According to him, other reductions include Advance Payment Guarantee (APG), now pegged at maximum of one per cent of the APG value in the first year and 0.5 per cent for subsequent years on contingent liabilities.

On debit card charges, Okorafor said that the new guide stipulated that a one-off charge of N1,000 applied to the issuance of cards, irrespective of card type regular or premium.

He noted that the same one-off charge of N1,000 applied for the replacement of debit cards at the customer’s instance for lost or damaged cards.

According to Okorafor, upon expiry of existing cards, customers are to pay the same one-off charge of N1,000 irrespective of card type and no charge should be required for pre-paid card loading or unloading.

He explained that the current NIBSS Instant Payments (NIP) charges applied to use of Unstructured Supplementary Service Data (USSD), purchase with cash-back would attract a charge of N100 per N20,000 subject to cumulative N60,000 daily withdrawal.

The CBN spokesman noted that for cards linked to savings account, the maintenance fee had been reduced to a maximum of N50 per quarter from N50 per month amounting to only N200 per annum instead of N600.

The director hinted that there would be no more charges for reactivation or closure of accounts such as savings, current and domiciliary accounts while status enquiry at the request of the customer like confirmation letter, letter of non-indebtedness and reference letter would now attract a fee of N500 per request.

“On Card Maintenance Fee (CAMF), the guide expressly stated that this would be applicable only to current accounts in respect of customer-induced debit transactions to third parties and debit transfers and lodgments to the customer’s account in another bank.

“It emphasised that CAMF is not applicable to Savings Accounts.

“CBN carried out the review of the guide, which also prescribes charges permissible for Other Financial Institutions and non-bank financial institutions, in order to align with market developments.

“The guide also emphasised that failure by any bank to comply with CBN’s directive in respect of any infraction shall attract a further penalty of N2,000,000 daily until the directive is complied with or as may be determined by the CBN from time to time. ”

He said that the CBN, has directed banks to log every complaint received from their customers into the Consumer Complaints Management System (CCMS) in addition to generating a unique reference code for each complaint lodged, which must be given to the customer.

According to him, failure to log and provide the code to the customer will amount to a breach and is sanctionable with a penalty of N1,000,000 per breach.