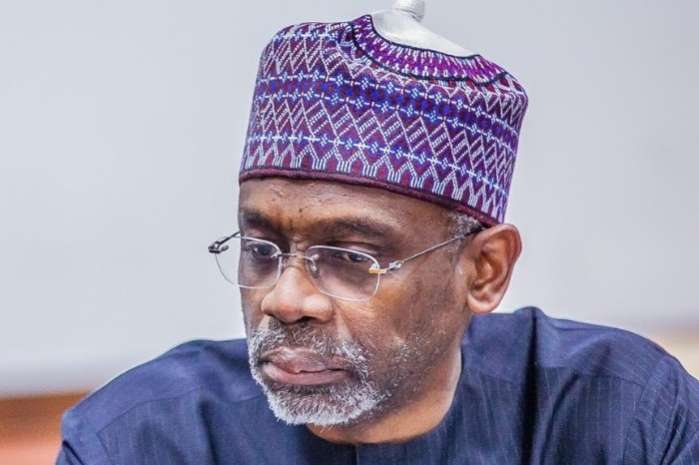 Speaker of the House of Representatives, Rep. Femi Gbajabiamila has promised that the House of representatives will establish the first Library for the National Assembly, pass amendments to the Electoral Law and the Petroleum Industry Bill, (PIB) next year.

While noting that the Legislature is the conscience of a nation, the Speaker, House of Representatives said, it is incumbent on legislators to articulate through legislation, the broad objectives of our nationhood, and through oversight, hold the executive accountable to those objectives.

“The Standing Committees you, each lead, are the principal instruments of legislation and of oversight. Whatever we are, whatever we will achieve, and everything we will be remembered for in this House of Representatives depends on how well your Committees function and how effectively, you serve as leaders of those Committees. The opportunity provided by this seminar is the first necessary step towards achieving the other high objectives to which we have committed ourselves, individually and as a house”, he stated.

He expressed disappointment over the lack of deep institutional memory, attributing it a lack of proper documentation.

“Unfortunately, archiving and record-keeping within the National Assembly still falls below the standards we require. However, do not allow this to keep you from seeking out historical information about the Committees you lead. In studying the history of your Committees, what was done, what was achieved, and what wasn’t, you will find a context that will be helpful to your own endeavours, and allow you to avoid landmines you didn’t know existed”, he said.

The Speaker tasked Chairmen of Committees to take the 9th to higher heights, by leaving a lasting legacy, especially in honour of their fallen colleagues.

“We have been elected at a time of great upheaval at home and abroad. We are confronted with great peril; oil prices have fallen and refuse to go back, our population growth continues to outpace economic growth, we are besieged on all sides by rising insecurity and its consequences. Too many of our people have lost faith in the ability of government to meet them at the point of their needs; to protect them and to deliver the conditions that will allow them to pursue and achieve for themselves, lives of accomplishment and peace”, he stated.

While lamenting the burden on legislators in carrying the weight of a thousand families, the Speaker called on the Lawmakers to make the necessary sacrifice today, that would free future generations of Federal Lawmakers of the burden of providing a daily living for millions of constituents who wouldn’t otherwise survive.

He said: “After all, it is you who are often called upon to intervene, to deliver resources for childbirth, and school fees, to pay for funerals and provide for daily upkeep”.

Gbajabiamila tasked Lawmakers to commit to delivering on their mandate that would lead to the building of an economy that is attractive to investment, an economy that creates jobs to meet our present needs and grows apace to meet future demands.

“How do we build a society where the weak are not afflicted by the powerful, where our differences of gender, tribe and religion and opinion are not weaponized to deprive any citizen of life, of liberty or the freedom to pursue happiness? How do we achieve the promise of greatness that so long ago, caused the world to look upon us and say, here comes the giant of Africa? These are the questions that should engage our interests and animate our efforts because in the answer to these questions lies the best dreams we have for ourselves and the highest ambitions we hold for our country”. the Speaker noted.

Relating the country’s present predicament to how America emerged from the Second World War to become a nation to reckon with, the Speaker challenged his colleagues to seize the opportunity of these travails and use their privilege as lawmakers to pass laws, develop policies and build a nation of peace, thriving through adversity and prospering through peril, he concluded.

Earlier, Former Minister of National Planning and Director General, National Institute for Legislative and Democratic Studies, NILDS, Prof. Abubakar O. Sulaiman, noted that the main objective of the Seminar is to strengthen committee functions through exposure to best practices in committee management for optimal performance.

He added that the legislature remains a critical institution of representative democracy and a very crucial arm of a democratic government. In order to ensure and promote good governance – through oversight, representation and law-making, the 1999 constitution provides for, effective Committee System in our bicameral legislature.

To that effect, Standing & Special Committees remain crucial as integral parts; critical mechanisms and the engine room for the workings of the Legislature, where the bulk of the work of Parliaments are done at the Committee level. “Suffice to say that findings from several studies conducted by NILDS since 1999 show that in the last 20 years, Committees have grown considerably and have specialized in the subject matter under various jurisdictions. These Committees have contributed immensely in ensuring the independence of the legislature and in holding the executive to account. Through their various activities, they have exposed instances of corruption and waste in government, ensured value for money in government projects and improved the quality of legislation”. Bringing the case home, Prof Sulaiman noted that despite the successes of the Committees in the Nigerian legislature, they have been faced with multifarious challenges that have hampered their effectiveness. These include high-turnover of legislators, lack of sufficient technical expertise on the part of Committee staff, poor record-keeping and documentation as well as insufficient funding”.

The DG noted that based on a NEEDS ASSESSMENT STUDY OF THE NATIONAL ASSEMBLY, conducted by NILDS in 2015, the Speaker, Rt. Hon. Femi Gbajabiamila inaugurated a 105 Standing Committees of the House on October, 2nd 2019 to strengthen their functions and this underscores the reason for this Special 2-Day Seminar on Improving Legislative Performance Through Effective Committee Management, designed for Chairmen of Standing and Special Committees in the 9th House of Representatives.

Goodwill messages came from the Governor of Lagos State, Babajide Sanwo-Olu, who eulogized the 9th National Assembly for its remarkable feat of passing the 2020 Budget Proposal within an un-precedent record time, the first time in the last 20 years of Nigeria’s democracy.

Others, such as Senator Oluremi Tinubu, represented by the former Chair Person of Eti-Osa Local Government Area, the Former Speaker House of Representatives, Ghali Na’abba, Senator Jonathan Zwingina and who also served as recourse persons, commended the organizer of the Seminar, the Director-General and the National Institute for Legislative and Democratic Studies, for its tradition of capacity development and outstanding record of providing legislative support services – two critical factors that have greatly helped to shape and deepen Nigeria’s democracy.