Nigeria, neighbours collaborate on security in Gulf of Guinea 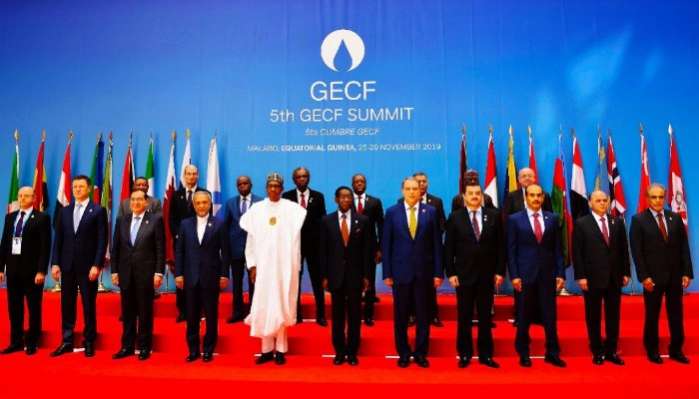 President Muhammadu Buhari on Friday in Malabo, said leaders of neighbouring countries would work together and provide all necessary assistance to secure the Gulf of Guinea.

The President’s spokesman, Malam Garba Shehu, said in a statement that Buhari gave the assurance at a bilateral meeting with President Teodoro Obiang Nguema Mbasogo of Equatorial Guinea, on the sideline of the 2019 Gas Summit.

Buhari expressed concern over the rate of piracy, kidnapping and smuggling in the Gulf of Guinea and called for more concerted efforts to end the tide of illegality.

“Our neighbourhood is very strong. Our Navy is doing a good job. We are going to give them equipment and make them more competent. We share the oil fields and so much in common.

“We will secure the Gulf absolutely,” the president said.

In agreement with Nguema, who hosted the summit, Nigeria and Equatorial Guinea will provide joint patrols, the president added.

He said that it would be “more cost effective when we work together. We have to jointly protect ourselves.”

The Nigerian leader also held another meeting with the Secretary General of Organization of Petroleum Exporting Countries, OPEC, Sanusi Barkindo, where he was briefed on an important upcoming meeting of the organization in December.

Barkindo said the OPEC meeting would decide on the sharing output production quotas as the current agreement binding the members will run out in March 2020.

The president promised that he would secure the best possible deal for the country at the meeting.