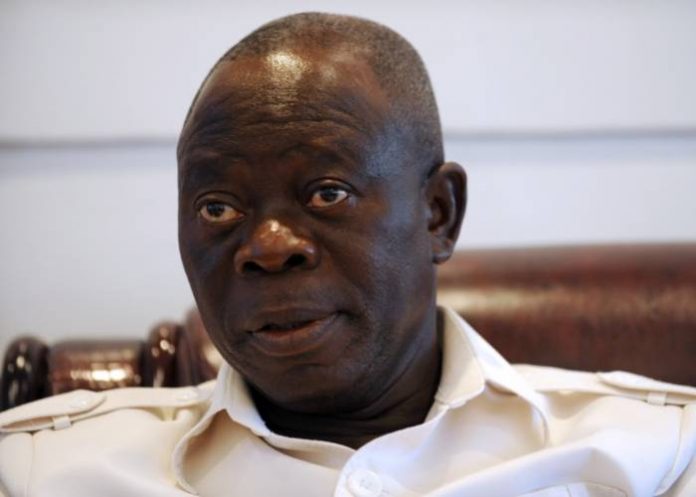 An elated National Chairman of the ruling All Progressives Congress, APC, Comrade Adams Oshiomhole, has congratulated Senator-elect for Kogi West, Smart Adeyemi, describing his victory as sign-posting the end of the relics of 16 “rebellious” senators who went against the party in the last dispensation.

“I congratulate our newly elected Senator, Smart Adeyemi, on his well deserved victory in the Kogi West re-run election which held today”, he said in the statement which was signed by him and issued Saturday night in Abuja.

Oshiomhole said the “victory has again affirmed the general acceptance of our great party, by the great people of Kogi State who just a few weeks ago voted massively for our governorship candidate, Governor Yahaya Bello, who was re-elected for a second term.

“I have always believed in the ability of the people of Kogi West to elect leaders who will make them proud in the Senate and not the defeated Senator Melaye who is among the 16 Senators who rebelled against our party.

“As it stands today, the broom has swept away the entire 16 Senators, Dino being the last, who tried to destabilise our democracy for their personal interest, jettisoning the interest of the electorate”, he stated.

“On behalf of our great party the APC, I congratulate my brother and friend, Senator Smart Adeyemi once again and we look forward toward working with you in this resolve by our dear President, Muhammadu Buhari to take the nation to the Next Level”, he added.