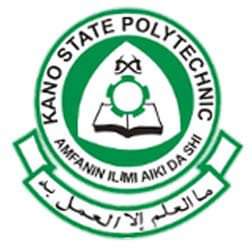 It is no longer news that the Kano State government is hell bent on confiscating the Kano State Polytechnic land that is meant for extension of the numerous programs that the Institution is accredited for and the new ones coming. The land in question is A FENCED BOUNDED LAND WITHIN THE POLYTECHNIC BOUNDARY and is now the only available land for extension for the Institution that lacks various Imfrastructures like staff offices, students classrooms, lecture theatres, laboratories, Workshops, sport complex, etc. The land in question is bounded by School of General Studies from the West, by KSP staff houses and Central Administration from the North, by AKSCIL and School of Management Studies from the East and by the fence erected by KSP from the South, what I am trying to say is that the land is fully bounded by institutional facilities, so I wonder how can residential buildings survive?

It is really sad to also understand that some people within us are involved in this dastardly act. It is also rumoured that the land, which is believed to be already allocated to some few important personalities within and outside the State for personal use or political patronage. The plan of the land according to some reports is containing 108 no,. of plots of GRA sizes. It is also rumoured that the plots are already on sale, ranging from 8-13 million naira per plot. As I said, as it is now, even though there are some strong evidences of the existence of this unfortunate encroachment, but we will still call it a rumor.

I am of the opinion that those people behind this evil plan are not lovers of the people and the government of Kano State. I am saying this because anybody that will promote the encroachment of such a land in a time when the Kano State government is giving a free education at the Primary and Secondary school level to say the least, is not a patriotic citizen of our State. Why should the only available KSP land for expansion be grabbed for residentials or personal interest? There is no where in the world were a personal interest override a public interest. WHENEVER THESE TWO INTERESTS COLIDED, THE PUBLIC INTEREST IS ALWAYS CONSIDERED ABOVE THE PERSONAL ONE. THIS IS SO ANYWHERE.

The encroached KSP land is of utmost public interest that is reserved for extension and expansion of the Institution, if for any reason it is to be utilized, then it should never be for personal conversion as it is being speculated now.

Since the policy of free education of this government stopped at the secondary school level, then what the Tertiary Institutions need is infrastructural development through building more classrooms, lecture theatres, staff offices, recreational facilities and so on for their reserved lands, but not conversion to personal use to the smallest few. I think Kano State Polytechnic being one of the oldest in the country needs more land for expansion but NOT COMPENSATION.

The information I received on Friday is that the Kano State government has proposed a compensation for the possible confiscated land. That a 65.73 Hector of a virgin land in Bagadawa (a place after Dawanau, along Bichi road) is being tangled to the Kano State Polytechnic community as a compensation. But the problem is what Kano State Polytechnic need now is not compensation for an already reserved fenced land, but rather infrastructural development on that same land. If for all these years, Kano State government could not be able to build a single classroom for the Institution, even though there is available land to do that, and also the Management of KSP could not do that because they don’t have the funds to, then how does the Government thinks a virgin 65 Hector of land can be developed in even 10 year period for a conducive learning atmosphere? Is the Government saying residential houses will now be built in the midst of these Institutions that bounded contentious KSP land? Is that arrangement right? Are we now saying the only legacy that the Kano State government will leave to KSP community is the allocation of their reserved land to private individuals?

I believe Kano State Polytechnic has great potential if well harnessed. The Kano State Polytechnic has 5 unit Schools under it’s watch, it is running more than 60 accredited programs with more than 20 now in their final assessment atage. If this Institution is not help with infrastructure and more land, then I think the little it has must be left to it. This is the third or fourth time that KSP land is being forcefully confiscated, while some States are busy giving more land to their public institutions, ours is here confiscating the little that is left. This is so sad indeed.

We must tell ourselves the home truth that no matter what anybody thinks, this Government ‘s decision is fatally wrong, as such it must be looked at with open hearts. It is not in the best interest of the people of Kano State and it will fatally injure the educational system of the State. It will also make nonsense of the free educational policy of the Government.
YOU ARE MURDERING THE POLYTECHNIC IN PARTICULAR AND EDUCATION IN GENERAL.

MAY ALMIGHTY ALLAH SAVE US FROM US, AMIN YA RABBI.