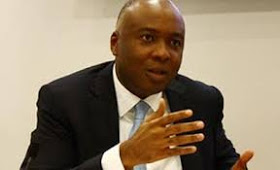 The House of Representatives on Wednesday reintroduced the controversial Electoral Act (amendment) Bill, 2018 for first reading.

This is in keeping with its decision to delete some portions of the bill, pass it again and return it to President Muhammadu Buhari a second time for his assent.

Should Buhari withhold his assent the second time, the House said the process to override his veto would be invoked.

The reintroduced bill still retains the reordered sequence of elections, with the presidential poll coming last in 2019.

The House had soon after Buhari withheld his assent to the bill on three grounds said that it accepted two of the reasons the President gave, but insisted that the power to fix the order of elections resided with the National Assembly.

It promised to take out the two areas in which it was in agreement with Buhari and pass the bill afresh for his assent.

On Wednesday, the new bill passed first reading at the session, which was presided over by the Speaker, Mr. Yakubu Dogara.

The sponsor of the bill, Mr. Sunday Karimi, said that the House kept its promise and was determined to have the bill passed with the reordered elections sequence.

“With the first reading, we have set in motion the process to have the bill passed,” Karimi stated.

However, on the Peace Corps Bill, which Buhari also withheld his assent, the House began the process of overriding the President’s veto on Wednesday.

It passed the bill for first reading, preparatory to the second, third reading and the mandatory two-thirds majority vote to override Buhari’s veto.

On March 14, the House through its spokesman, Mr. Abdulrazak Namdas, had said it would start the process of overriding Buhari’s veto on the Peace Corps Bill and nine others.

The procedure for overriding the President’s veto on a bill is spelt out in Section 58 of the 1999 Constitution (as amended), particularly 58 (5).

Section 58 reads, “The power of the National Assembly to make laws shall be exercised by bills passed by both the Senate and the House of Representatives and, except as otherwise provided by subsection (5) of this section, assented to by the President.

“A bill may originate in either the Senate or the House of Representatives and shall not become law unless it has been passed and, except as otherwise provided by this section and section 59 of this constitution, assented to in accordance with the provisions of this section.

“Where a bill is presented to the President for assent, he shall within 30 days thereof signify that he assents or that he withholds assent.

“Where the President withholds his assent and the bill is again passed by each House by two-thirds majority, the bill shall become law and the assent of the President shall not be required.”