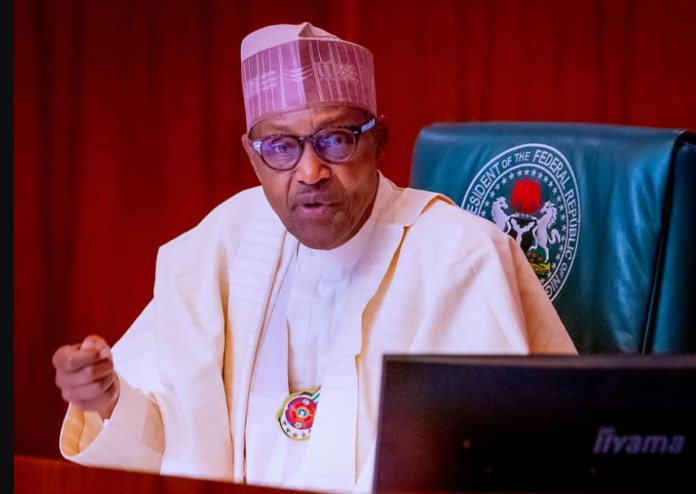 President Muhammadu Buhari says Nigeria’s agricultural revolution has created more than 13 million direct and indirect jobs in the past seven and a half years.

The president made this known at an interactive session co-hosted by the United State Institute of Peace (USIP), the International Republican Institute, the National Endowment for Democracy, and the International Foundation for Electoral Systems.

In a statement on Saturday, Garba Shehu, the president’s spokesperson, quoted Buhari as saying that targeted interventions in the agricultural sector — driven by the Central Bank of Nigeria (CBN) — transformed the country from a net importer of rice to a self-sufficient rice producer.

‘‘This same scheme has financed the establishment and operations of our fifty (50) integrated rice mills,” he said.

‘‘It has also financed over 4.5 million smallholder farmers, ensured the cultivation of almost 6 million hectares of farmland and almost 700 large-scale agricultural projects have been funded.

‘‘This Agricultural revolution has led to the creation of over 13m direct and indirect jobs.”

Buhari also said the focus on the agricultural sector placed Nigeria in a better position to handle the systemic shock caused by both COVID-19 and the Russia-Ukraine war on global food supply.

He said the revolution in the sector has improved the country’s capacity and efficiency in increasing and maximising production and post-harvest losses.

‘‘The non-oil sector remains the future of our economy and I hope successive governments will consolidate on the gains we have recorded under my leadership,” he said.

‘‘You will agree with me that the Russia-Ukraine war has compelled many economies to carry out reforms and re-adjust policies to cope with the challenges posed by the conflict.

‘‘In this regard, we are paying more attention now to energy transmission and distribution through targeted collaboration with global companies like Siemens to improve our efficiency in the Power Value Chain.”

Buhari also advised western countries not to rush to eliminate the usage of fossil fuels for a healthier climate.