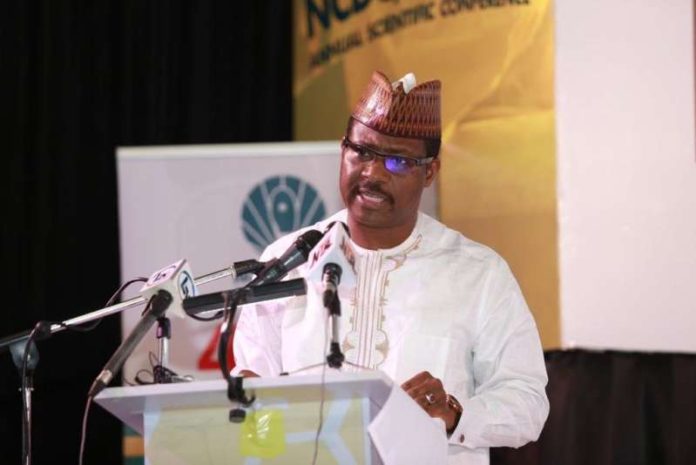 The federal government has commenced free vaccination of children below one year of age in the country with RotavVirus vaccines.

Global health report shows that RotaVirus is one of the leading causes of diarrheal diseases in the world and is responsible for over 40% of diarrhoea in children.

However, Shuaib said the introduction of RotaVirus vaccine has the potential to avert over 110,000 deaths over a 10-year period.

He described Rotavirus as the most frequent cause of severe diarrhoea, accounting for about 215,000 of the global 525,000 under-5 mortality attributed to diarrheal diseases each year.

He said Nigeria has the second highest number of deaths from Rotavirus, accounting for 14 per cent of all childhood Rotavirus deaths worldwide.

Shuaib said: “Introduction of RotaVirus vaccine is a big investment due to its substantial economic impact and number of lives that the country is going to save from the introduction. It is projected that while reducing the associated morbidity and mortality from the Rotavirus infections, the RotaVirus vaccine introduction has the potential to avert over 110,000 deaths over a 10-year period.”

On the nature of the immunization, Shuaib said the vaccine will be given orally and administered concurrently with the existing Routine Immunization (RI) vaccines at six weeks, 10 weeks and 14 weeks respectively.

He added that only children of one year and below could be administered with the vaccine.

According to the NPHCDA boss, the vaccine will be integrated with other diarrheal preventive strategies, such as “exclusive breastfeeding in the first six months of life, Vitamin A supplementation, handwashing, sanitation and other key household practices, case management including the use of zinc- ORS to prevent dehydration, continued feeding and treatment services for diarrhea and other childhood diseases”.

He urged parents and caregivers to take their eligible children to the nearest primary health care centre for the vaccine and other routine vaccines that are in the system until their children are fully vaccinated.

He added that RotaVirus vaccine is free, safe and effective at preventing any diarrheal disease caused by the Rotavirus.

The launch coincides with the flag-off of the African Vaccination Week, which is a weeklong affair that improves access to basic Primary Health Care services, routine immunization, COVID-19 vaccination, deworming, Vitamin A supplementation, medical outreach services to our teeming rural population.

Speaking at the event, the World Health Organisation (WHO) Country Representative, Dr.Walter Kazadi Mulombo, said the introduction of the RotaVirus vaccine provides the opportunity to reduce the number of children dying every day from diarrhoea disease caused by Rotavirus.

He said the public health impact of RotaVirus vaccine introduction has been demonstrated in several countries with as much as 50% deaths from diarrhoeal diseases averted in some.

Mulombo advised the audience that the introduction of the RotaVirus vaccine should be part of a comprehensive strategy to control diarrhoeal diseases with the scaling up of both preventive and treatment packages with Nigeria being one of the four countries that harbour approximately half the global burden.

According to him, Nigeria stands to have enormous gains from the economic impact of the introduction of the free RotaVirus vaccine.

The commemoration of the African Vaccination Week with its theme ‘Long Life for All” was intended to provide a platform to increase awareness on the importance and values of immunization and its life saving potential.

A paediatrician and professor at the University of Nigeria, Nsukka, Dr. Becky Tagbo, who recounted the health risk faced by Nigerian children before the introduction of the vaccine, said the prevalence of Rotavirus is as high as 70 per cent.

In her remark, the Minister of State for the Federal Capital Territory (FCT), Ramatu Tijani, said there has been a remarkable improvement in health statistics in the city, following its earlier poor rating on basic hygiene indices.