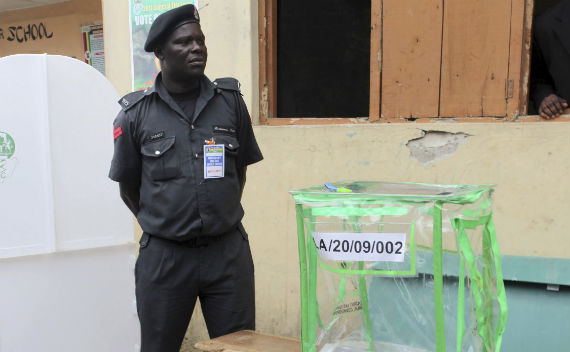 NIGERIA  youths deserves transfer of power at all level of authority, even though transfer of power  are not won on social media or by mare dreams but on the political turf and either way by demanding for a Not Too Young to Run.
Let Nigerian youths  should do something about their destinies now. This is the time for the Nigerian youths to take advantage of their numerical strength and queue behind a candidate that will make a difference in their lives. That is one of the ways their  can make progressive change in this country.
In spite youths in Nigeria are not a minority: they represent more than half of populations but still are leg behind in decision-making  concerning them.  Even though  this is  important areas of action for every youths in respect of religious and tribe background but It is a Win-Win situations for the youths which most be tackle headlong.
The tasks ahead of Nigeria youth is to be proactive toward making themselves more significant in pursuing their common goal by organize themselves around positive core values, become ideological in the sense of nationalism and patriotism in their quest for a generational shift in political leadership of the country.
The emergence of youths  in positions of power in Nigeria is not new as In those yesteryear’s the country youth took centre stage in the country politics like   like Nnamdi Azikiwe, Obafemi Awolowo, Ahmadu Bello and Abubakar Tabawa Belewa were 40 respectively. Both  they began active roles as pioneers of Nigeria’s political leaders. Also even military leaders  Ironsi,Gowon,Murtala,Obasenjo, Buhari and IBB were youth when took over as military Head of States.
So the present generation of Nigeria youths can change decades long problems  considering their exposure and educational background as their  constitute the larger percentage of the voting population, should not be denied access to elective offices through age restriction. Therefore, county Youths should not be treated as a mere launch pack by older generation leaders as   their interests are not better understood and served by them.
Nigerians youths has witnessed the wave of emerging youths as leader’s across the world  where electorates vote youths to change the older generation in the governing.  Most these leaders are under the age of 40,   like President of Chile Gabriel Boric  born in 1986 elected in 2022, Assimi Goïta Interim President of Mali (since 2021) 1983, Mahamat Déby Interim President of Chad  1984, Jacinda Ardern Prime Minister of New Zealand  1980, Nayib Bukele President of El Salvador  1981 and Paul-Henri Sandaogo Damiba Transitional President of Burkina Faso (since 2022)  1981.
In 2023 elections, Nigerians youths not only demand their rights be recognised; but must be allow  to take leadership positions as a citizen, it is disgusted to see that  order generation leaders holding tight the rope  of power. The current president had once as head of state from December 31, 1983, to August 27, 1985  and was democratically elected in 2015 till days and  President Muhammadu Buhari, born in 1942 and by the time hand over to next elect President and by the time GMB’s will be  81. Considering the ratio of voters percentage literally  youths are majority  that  push peoples  older generation to ascend to power. After all older generation leaders and co-travellers continue relegating them to mare political thugs.

23 years of democratic rule in Nigeria, the  youths  still facing lack of greater role in decision making affecting the country as a whole in addition to  underrepresentation   in polity which has  constitutes a serious democratic deficit, and also  undermines the legitimacy of the contemporary democratic ideal.
Among the contemporary youth in the count Since the country returns to the Democracy that  was able to break the  jinx of older peoples monopoly to power in the country is Governor of  Kogi state this has been achieved by Yahaya Bello through  dodginess and determinations  assumed the mettle ship  of the state in spite certain interest within and outside attempted to denied him the chance of governing the state because the state politics always going hand in hand with ethnicity  politic  where tribe strengths always play great role on who becomes what.
In addition to his feat but came to power at the time where the   state and nation’s   faces serious financial difficulties  but remain resolute in Education, Health, Infrastructure and Utilities, Job Creation and Youth Empowerment, Civil Service and Pension Reforms, Agriculture, internal Security, Human Capital Development proofed worth of celebrations.
In spite the financial crisis, his administration has invested heavily in Kogi state internal security and  has demonstrated strong capacity in neutralize crimes and criminals in his State. Even though, most Nigerians probably do not know this, but Kogi state   went from being the state where violent crime was most endemic period to  2015 to become one of the safest states in Nigeria till date. State’s  crime rate has been one of the lowest in the country for years where Terrorism, kidnapping and banditry have no safe heaven in the state.
Definitely, If electorates votes him as  the President will not tolerated any kind of crime which has cause serious uncertainty to citizens as he believes that crimes are inexcusable to his administration. Whatever the case politics is a game of numbers with common efforts by  the youths generation change of leadership is achievable being youths are in the majority.
In view of this there is no more excuse from nation’s youths that older generation hold power tight and do not ready   to step down,  if agitation not match with action by younger generation will remain onlookers as youths fathers and grandfathers    will  continue to reinvent and resurface at the seat of power therefore Nigeria  youths must  made concerted effort to change the narration.
2023 general elections will be like maintaining the change and change the change. For the youths  of the country’s   the coming election is simple. It is a choice between going forward and backward, between the new ways and old ways,  between a record of visible achievements and beneficial reforms and empty promises.
Since the choice before youths is about new ways and old ways with visible achievements and beneficial reforms and empty promises.   A leading youth presidential aspirant  Governor Yahaya Bello  (GYB) has in-depth inderstanding of the contemporary problems of Nigeria and his  ideas can build solid bridges leading country into the future with sound economic development.
When GYB declared his   intention to run for President of the Federal Republic of Nigeria in the 2023 General Elections,   tasks Nigeria youths  to be proactive toward making themselves more significant and  pursuing their common goal by organize themselves around positive core values, become ideological in the sense of nationalism and patriotism in their quest for a generational shift in political leadership of the country.
As expected,  2023 election is likely going to be a bit different from the past elections as the electorates have suffered several disappointments from politicians and are daily weighed down by the burden of insecurity and economic hardship, especially in recent times, country security apparatus are not on top of the situation because each passing day citizens  are either maimed or killed by armed bandits in manners that could only be described as brazen.
With GYB as president will runs an administration to restore hope by providing firm guarantees of Security, Unity and Progress to all Nigerians. GYB”s foster  cooperation and integration among citizens and make sure that progress is made steadily across all sectors and indicators. His quest  to rule the country is not about self esteem ambition or self centred but it is a quest for  a greater Nigeria and made the country great and also made the country to retake it’s rightful status in the African and world centre stage.
As the country March toward 2023 election, there is the feeling that new approaches are needed for today’s problems. More than youth alone, these new crop leaders offer their respective countries a renewed sense of vitality and excitement. This country belongs to all of us (youths). 50 per cent of the country’s population are youth, No youth, no nation.

All what the electorate wants is to have a kind of leader that will   bring Hope to our nation and people while bridging the gaps in our body politics. This is only possible for the country to have a sense of directions with the support of youths   and the Nigerian people.
Yahaya Bello’s Presidency will clearly pursue a  defined strategy on broadening the footprint of new technology in the Nation Economy with  a vision in economy that is open, inclusive, honest and  will foster an economy in which every citizen can maximize their potential as wealth creators and change agents. he is not  running for President apologetically, but on a solid record of verifiable achievements in his current assignment as Governor of Kogi State. With his  proven antecedents in the very areas that Nigerians crave for succour urgently, that is, Security, Unity and Progress.
It is in these light,  there is need for the youths in Nigeria to take the their population ratio advantage to effect  generational power transfer to themselves considering it has became a global trends and happens in many countries. But in Nigeria still  older politicians are still very much involved in governing and setting the agenda in Nigeria.
Ahmad  write in from Dutse  Jigawa state