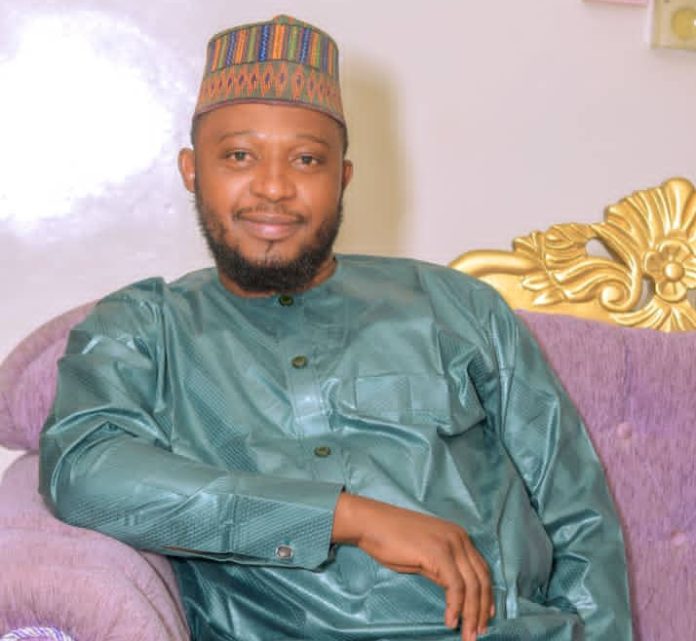 With the current ‘unfortunate’ situation bedeviling the North, and the fear of meeting a more perilous and hazardous future that will destroy everyone, the only last hope Northerners have is to be rescued by the Northern Elders Forum from the sinking ship.

This situation is conceivably the cause of every calamity and hardship in the we all thought, people like Professor Ango Abdullahi will use his rich experience and boldness to save both Northerners’ neck and skin from the rashes of death and hunger.

People have devotedly anticipated bunch of solutions to their problems from this elderly person, Ango, because they’re told about his policies, straightforwardness and promptness in proffering solutions to students and citizens issues when he was the Vice Chancellor at Ahmadu Bello University, Zaria.

But until the star-crossed intervention of some persons in the organization (I will soon mention their names in my subsequent write-up) who profusely use both the personality of Professor Ango and his eminence to secure and fulfill their aspirations in life, compelled the organization to lose ‘all’ the dominion and supremacy it once had over the entire region, because they’ve brought nothing to the territory other than failure, obstruction and wounds.

This is the organization, by now, is believed to have been diagnosed with the ailment of spasmodic disphonia, due to its inefficiency and ineffectiveness – especially in coming face-to-face with relevant challenges, to ensure well-being of the people. It’s obvious that NEF, today, only focuses on both making fame and penny. Some people even think Professor Ango shares the same thoughts as those monsters in assoc. Probably Prof. Ango is unaware of the hatred this people are causing him in the societies he thinks he’s liberating…hence the need for Ango to either retreat or retire from NEF. Pathetic!

It has now come to a point where only few people are aware of the the existence of NEF; their ‘very weak’ influence and of course, the irrelevance they have in almost every affair to do with Northerners today. That’s why President Buhari’s spokesperson, Femi Adesina, last time publicly described Professor Ango Abdullahi, the Convener of Northern Elders Forum as “a mere irritant”. Surely North was not happy, anyway. Because truth be told, we have all wanted the body to sincerely be at the forefront in addressing anything that relates people – not just torching off the smoke and later disappear.

It is in this regard, I want to desperately call the attention of Prof. Ango Abdullahi to ‘please’ fade away from dipping in the affairs of 2023 general elections, since we’re all aware of what this irrelevant association caused us in 2015. Ango and the grand saboteurs of the ‘real’ NEF were ‘literally’ amongst the elements who forcefully installed President Buhari as Nigeria’s president that time. The most incapacitated leader in the history of Nigeria.

On the case of revealing a result consensus candidate in PDP, Professor Ango must have created for Nigerians, another terrifying story after that of Alaafin of Oyo’s death. Indeed, Nigerians no longer want NEF’s interference, as to who they should vote for comes 2023 – because in the long run, they’ll fail to amicably call their wishful government to order as usual.

This is the same Professor Ango, who on the 28th of February 2022 responded to what former emir of Kano, Malam Muhammadu Sanusi II said about Nigeria’s unity, by saying “if you do not want Nigeria to break, then do something that would put us together. The only way to put the country together is to do something that would put the country together.”

To me, this statement favours Atiku Abubakar only in PDP. Because so far, he’s the only aspirant who shows absolute commitment to re-establish the ‘already’ dismantled bond between the citizens of the country as one Nigeria. Atiku is that candidate who’s experiences supercede any other candidate’s, that NEF want to selfishly lure Northerners to elect in 2023 – through the use of the term “consensus candidate.”
Surprisingly, we all woke up with the report of consensus candidate, and it’s clear that Abubakar Bukola Saraki and Nastura Ashir Shariff were the ones that ‘probably’ persuaded Professor Ango to perpetrate the result.

However, there are some also people who link Ango’s plan with the visit he recently paid to his kinship with Obasanjo. Although I wouldn’t want to spit a word on his recent visit to the former head of state, because he claimed it was a “friendly visit” and meant for discussing Nigeria’s issue. But with the current revelation of NEF’s ‘consensus candidate’, Nigerians must have lost the remaining 5 percent confidence in in them.

Suppose NEF has muscle and stamina to suggest for us the candidate to vote, wouldn’t it be proper for them to organize a town hall meeting with leaders of different youth organizations and others, to enable them partake in deciding on who should be chosen as their so-called consensus candidate…even though Atiku Abubakar hasn’t clearly expressed interest to be part consensus. He has the belief that every candidate can contest – and that’s normal, democratically.

Basically, the failed consensus saga was formed between the quadro PDP stalwarts: Aminu Tambuwal, Sen. Bukola Saraki, Bala Muhammed and Hayatudden. These people have in recent times visited many stakeholders in the party for consultations – as to who amongst them would unanimously be taken as the party’s flag bearer, but to no avail. And, that has only made people to lose heart in their affairs.

Having said that, I am sure if NEF is really concerned about the future of this region, they wouldn’t blindly come up with this clueless result, making their choice of out sentiment and to God be the Glory, Tambuwal and Sule Lamido have all expressed dissatisfaction with their take and utterly faulted the revealed Ango Abdullahi’s report. Now, how can NEF going to be called a reputable and respected organization in the North? They’re not doing this for the North…otherwise they would have consulted all of them – including Atiku Abubakar.

Clearly, NEF, the ‘powerless’ comrades’ organization, is only striving to get some attention and amass money in the name of elders. What’s Nastura contributing to the development of the youth; what benefit are the Northern youth gaining from him, if not words of attacks against leaders in the name patriotism? Nothing! As an organization headed by academicians, I will urge them to always study and restudy the manifesto of all the candidates and decide who to back? I am sure, had NEF took this step at the first place, none of four aspirants would beat Atiku in terms of readiness and determination to rule nicely. What’s wrong with NEF for goodness sake?

Facebook
Twitter
Pinterest
WhatsApp
Linkedin
Previous article2023 ELECTION; LET Nigeria’s Youths Change Their Destiny
Next articleIt is not the responsibility of customers or communities to fix any Power equipment – FG