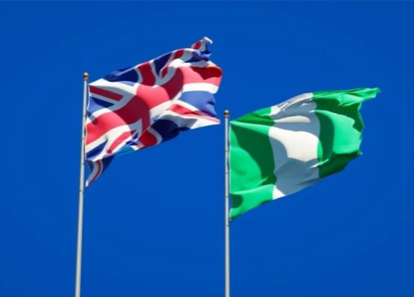 The U.K. government on Monday said it had signed a Memorandum of Understanding (MoU) that would enable it to return to Nigeria £210,610 compensation relating to the use of corrupt agents in the oil and gas sector.

The British High Commission in Nigeria, in a statement, said the compensation was made following a successful investigation by the U.K.’s Serious Fraud Office.

It said that the MOU was signed on Monday by the Federal Government of Nigeria and the Government of the United Kingdom of Great Britain and Northern Ireland in a joint commitment to continue the fight against corruption.

The commission said that the MoU was signed by the Minister for Africa, Vicky Ford, and the Attorney General for Nigeria, Abubakar Malami.

It said that the MoU sets out the terms and understanding between the U.K. Government and the Nigerian Government to make this compensation payment.

The U.K. Minister for Africa, Vicky Ford said: “The security and defence dialogue held in February 2022 between our two countries reaffirmed both the U.K. and Nigeria’s commitment to work together to tackle illicit financial flows, bribery and corruption.

“The U.K. has a zero tolerance policy to corruption and we hope that today’s signing sends a clear statement about our commitment to this.

“In a global economy where international trade is vital, it is more important than ever that companies operate with integrity and transparency.