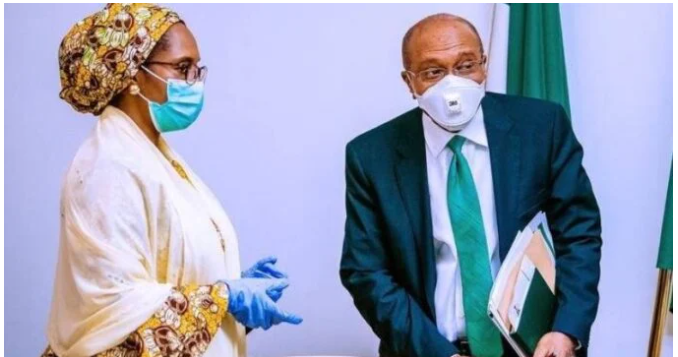 Godwin Emefiele, governor of the Central Bank of Nigeria (CBN), says there is synergy between fiscal and monetary authorities in Nigeria over the country’s foreign exchange regime.

Emefiele said this while speaking with Arise TV on the sidelines of the recently concluded Nigeria International Partnership Forum in Paris.

The CBN governor was reacting to questions on concerns raised by Yemi Osinbajo, Vice-President over naira devaluation.

Osinbajo had said that the monetary policies are competing with the fiscal side in Nigeria and advised the CBN to review its policy.

“The way people come up and say there is no synergy, again, I wonder where that is coming from,” he said.

“However, let me say this, when COVID hit, Mr. President asked the finance minister and I to work together to bring out some immediate response and I went back to the bankers’ committee and we came up with an immediate response.

“And the finance minister and I had several opportunities, several times to go back to brief the president.”

“After that, the president said that we should establish the national economic sustainability programme group chaired by the Vice-president,” he said.

The governor said that the CBN had discharged its duties, contributing a larger quota to the successful implementation of the programme.

“The Central Bank played an active role in the development of that programme to the extent that the fiscal authorities were only meant to contribute N500 billion and the monetary authorities were left to provide about N1.5 trillion,” he added.

“Please let me correct this, not as grants but as loans to support people who were impacted by COVID-19 so that they can get their business back.”