Procedure needs to be followed before declaring bandits as terrorists – Magashi 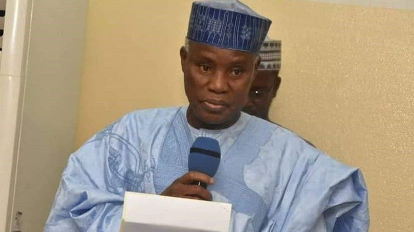 Minister of Defence, Maj. Gen. Bashir Magashi (Rtd), has said that the need to follow due process was responsible for the delay in declaring bandits as terrorists.

Magashi, who stated this on Friday, in Maiduguri, while fielding questions from newsmen, added that there was a procedure that needed to be observed before such a declaration.

“We are not declaring them terrorists because there is a procedure for doing that.

“When the procedure is followed, they will be classified as terrorists. We are waiting for the procedure to be completed,” NAN quoted him as saying.

Magashi who was in Maiduguri with the Chief of Defence Staff, Gen. Lucky Irabor and Service Chiefs on an assessment visit of the fight against insurgency in the North east, expressed satisfaction with the successes so far recorded.

He said his team met with the Theatre Commander and other component commanders to deliberate on the next phase of operations, adding that the meeting also identified problems that required urgent attention to enhance the operations.