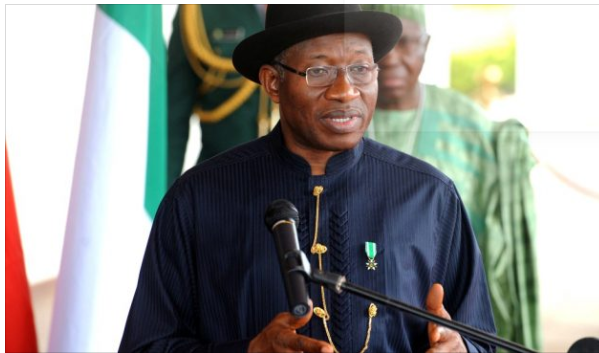 Former President Goodluck Jonathan has called on the national assembly to adopt electronic transmission of results in the electoral act amendment bill.

In July, the senate and the house of representatives passed the electoral act bill — but with different versions on the contentious issue of transmission of election results electronically.

Lawmakers of the upper chamber proposed that the Nigerian Communications Commission (NCC) must certify that national coverage is adequate and secure while the national assembly must give approval before the Independent National Electoral Commission (INEC) can transmit results.

The lower chamber, meanwhile, adopted that “the commission may transmit results of election through electronic means where and when practicable”.

The bill will be transmitted to President Muhammadu Buhari for assent after the harmonisation of the two versions by the conference committee of both chambers.

Jonathan spoke on the issue while delivering a lecture on Wednesday at the inauguration ceremony/lecture of the National Defence College (NDC), Course 30, in Abuja.

He said the adoption of electronic transmission of results will improve transparency in the electoral process.

The former president urged Nigerians to have confidence in INEC to avoid crisis each time there is a general election.

“Where there is no confidence in the electoral umpire, people resort to crisis. But unfortunately, sometimes when the result come out, the damage would have been done,” he said.

“I urge the national assembly, while looking at the law, they should allow the use electronic means of transmitting results for the sake of transparency as well as avoiding electoral crisis”

Commenting on the security situation in the country, Jonathan said security is the business of every Nigerian, noting that government should not be left alone to secure lives and property.

He said: “It is very obvious that these days people don’t go to farm anymore because of one fear or the other. Everybody should be involved in securing the country. Yes, government will do its part but we as individuals should also do our own part.

“My humble suggestion is that government and stakeholders should do a lot of dialogue, when you start talking sometimes it reduces the anger in people. We must build this issue of human security and the security of the country.“