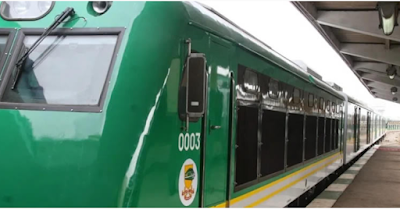 The Nigerian government says it has paid $218 million of the total $1.2 billion for the construction of a railway to link Kano and Kaduna.

The Minister of Transportation, Chibuike Amaechi, announced the project to link the two North-west states in May, saying construction would start in July as the Lagos-Ibadan railway had been completed.

He told reporters on Friday in Abuja that funding for the new project will come from the federal budget while Chinese financing is awaited. He said $218 million has been paid and another further $100 million will be added in the coming weeks, and funding may rise to $600 million by the end of the year.

Mr Amaechi said he is adopting a model that can help minimise external borrowing.

Nigeria owed China $3.4 billion as of March 31, according to the Debt Management Office. The amount covers 11 loan facilities from the China Exim Bank since 2010.

The government has also said it is seeking funding from Standard Chartered Plc for other rail projects.

He also spoke about other rail projects, including Port Harcourt — Maiduguri, Ibadan to Kano and Lagos — Calabar.

Read the minister’s remarks to journalists at the State House: “I don’t think it should bother you anywhere we get money from. As a Christian, the only person I cannot borrow money from is Satan. But it is also not true that these are funds that Chinese has not given to us, the only loan we have negotiated with Chinese government or China Exim bank that is yet to come is the Ibadan to Kano. Port Harcourt- Maiduguri went to Chinese company but we were yet to apply for a loan when we discovered that Europe has opened doors. Europe is ready to allow us borrow from them so, we quickly went to Standard Chartered Bank, you are right and that is $3.020 billion. And my position now is that whatever that is in my budget, can I start funding?

“Whatever I have, can I start funding from my budget? At any point in time they get the loan, then you will deduct what I have put in, so that Nigeria does not need to bear all the cost from loan. The way I am pursuing Port Harcourt – Maiduguri, Kano – Kaduna, and I am doing it like a native man, I think I have paid about N13 billion for Port Harcourt – Maiduguri and I am about to pay another N10 billion.

“If I get it to N50 billion, I am using the black-market rate, I don’t know what they pay at CBN. Is it not $100million? So, it will now be $2.9billion and no longer $3.020billion. And I will continue to do that until we finish the construction.

“Take Kano – Kaduna, that is $1.2 billion, I have paid $218 million already. If I pay $218 million, how much is remaining? What will be remaining will be about $900million. If I pay another $100 million in the next few weeks and continue like that by the end of this year and early next year, we will probably pay between $500 million to $600 million. So, what you would likely be borrowing is about $500 million or $600 million.

“That is I am doing to make sure that we don’t leave too much debt behind. If we can have the money, discipline ourselves to spend what we have. So, we are waiting for the Chinese for only Ibadan to Kano. That is the big question we need to ask ourselves.

“If the Chinese don’t turn up in the next few months, why shouldn’t we approach the European banks to fund Ibadan to Kano? I will put that before the minister of finance. The Standard Chattered Bank has agreed to fund Lagos – Calabar, we are negotiating with them. We are negotiating Port Harcourt – Maiduguri. Kano – Maradi is funded by Pedy-Swiss. We would look for money from everybody.”