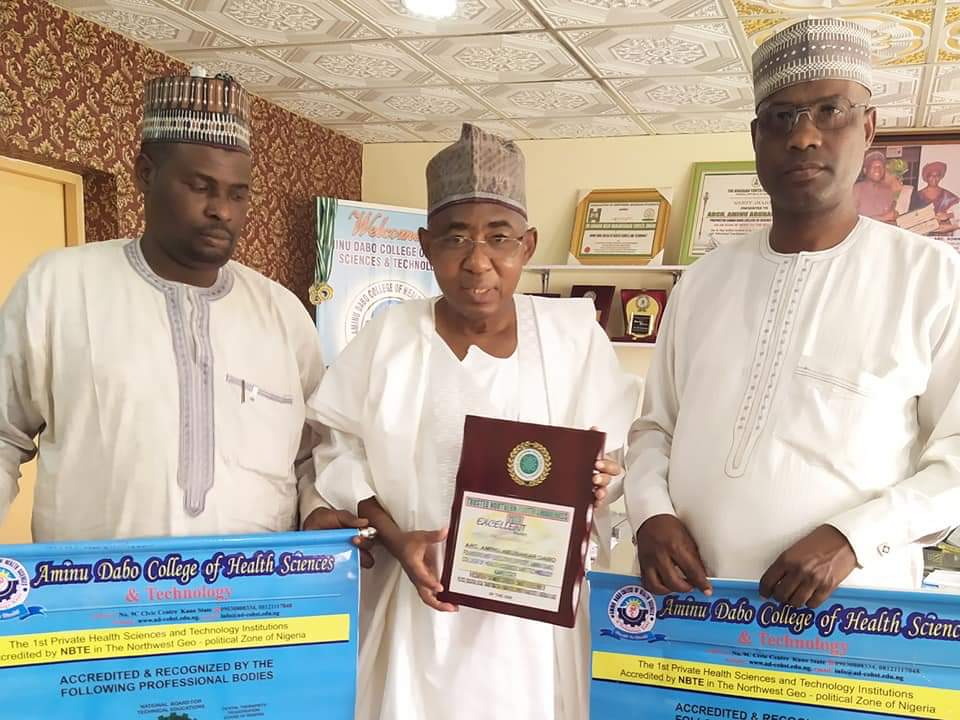 Northern Youth Associations have been urged to embark on vigarous awareness drive aimed at mobilising Private individuals to establish more Health lnstitutions in this part of the country.

The Founder and Proprietor of AD-COHST Arc Aminu Abubakar Dabo gave this advice on Friday 14th February, 2020 when he received a Delegation from Trusted Youth Awareness in his office.

Arc Aminu Dabo maintained that, from all viewpoints government alone cannot be able to shoulder all education challenges in the society particularly in this highly populated area in the country.

He pointed out that, this region is lagging behind in the health education and private involvement in the establishment of more such professional lnstitutions would address the problems, provide job opportunities for the graduates to be self-reliant and reduce over dependence on government’s job.

Arc Aminu Dabo said, in realisation of the dire need of such health professional lnstitutions coupled with the successes recorded at the pioneer College, he decided to increase the fleets by coming up with establishment of new College of Nursing and Midwifery in Kano.

He added that, already the site has been identified, technical Committee set up while Regulatory Council had paid a pre-inspection visit gave recommendation on types of equipment to be put in place before they come for final accreditation.

He expressed hope that, the programs will commence this academic year since preparations have reached an advance stage for the formal take off the College.

Arc Aminu Dabo thanked the Association for the recognition and honour bestowed on him, assuring that, he will not relent in giving out his utmost best towards the development of education and humanity.

Earlier, while presenting the credence of the award to Arc Aminu Dabo, the leader of the delegation explained that, the exalted award of Excellence Performance was done in acknowledgement of the recipient exceptional contributions to the education department and Youth empowerment in Kano and Nigeria at large.