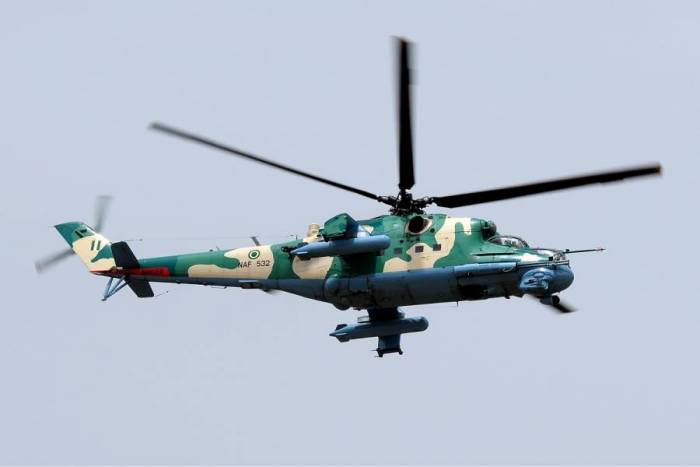 The Nigerian Air Force (NAF) says it will continue to ensure adequate security in Katsina and the North West region as a whole.

The Chief of the Air Staff (CAS), Air Marshal Sadique Abubakar, gave the assurance when Gov. Aminu Masari of Katsina visited him in Abuja on Monday.

Abubakar assured the governor that the NAF would continue to do everything humanly possible to protect the country and to ensure that nobody created problems.

He disclosed that plans were underway to increase the number of Regiments Special Forces in Katsina, Daura and Gusau in Zamfara to support the security forces in the North West.

The CAS said the Service was also monitoring Kebbi State, and enhancing the fuel storage in Gusau to get to where the criminals were in the North West.

He advised the bandits in the forest to surrender to the Police or Army.

The air chief said the Federal Government was doing everything possible to support the NAF and other security agencies to tackle bandits and other forms of crimes in the country.

Abubakar disclosed that the NAF had additional aircraft to induct which would add value to the North West and North East operations.

“We assure you that we will continue to ensure security in Nigeria,” he said.

Earlier, the governor commended the CAS and the NAF for their efforts to ensure that people go about their normal lives without fear.

“I am here to appreciate and thank the Nigerian Air Force, especially those who are stationed in Katsina, the CAS has been to Katsina on this issue of bandits, kidnapping and other criminalities in the State.

He noted that before the State could act, NAF had already acted in the air to tackle the bandits, adding that the bandits now use motorcycles to operate in the night.

The governor disclosed that the Katsina Government had restricted the movement of motorcycles from 7 p.m. to 6.a.m. in the state.

Masari said that the measure became necessary to tackle the issue of kidnappings in the state.

He noted that the State had not witnessed any case of kidnapping since the order banning the movement of motorcycles.