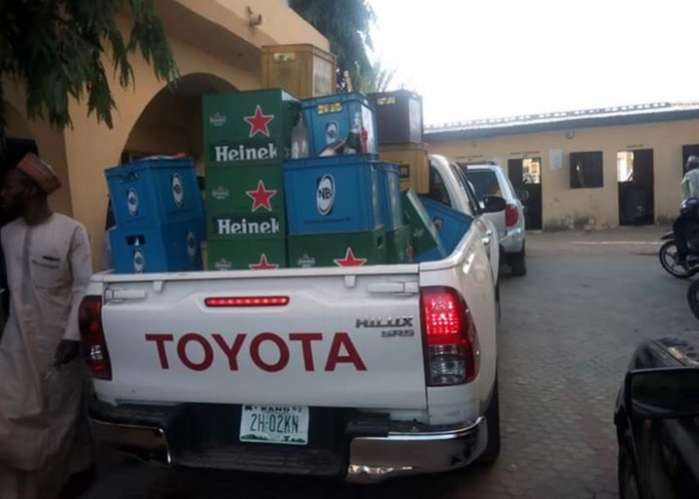 Kano Road and Traffic Agency, KAROTA, on Sunday impounded a truck loaded with assorted alcoholic drinks and prohibited drugs in the state.

The arrest was made at Sanya Olu street, Sabon Gari area of the state while the men of the agency were carrying out routine check on vehicles conveying goods on that routes.

It was gathered that, the driver of the vehicle refused to stop for a search, and drove off to avoid arrest and got a police escort to avoid further trouble before getting to his destination.

According to a press release issued on Sunday to reporters by the spokesman, Nabullisi Abubakar Kofar Nai’sa, said, the KAROTA operatives trailed the vehicle where the compromised police man and the conductor of the bus who gave his name as Bila were arrested after the driver fled the scene.

He said the truck has been handed over the to the state Hisbah Board for further investigations.

The Agency therefore enjoined public to report to any act, capable of causing breakdown of law and order on the state roads.