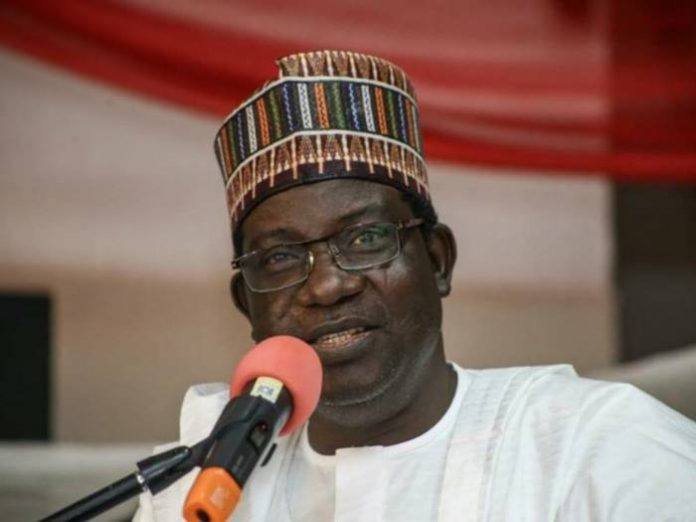 The Nigerian Senate President, Ahmed Lawan, has been appointed as the Chairman of the All Progressives Congress (APC) ten-member National Reconciliation Committee.

The decision is in line with resolution of the National Executive Committee (NEC) meeting held at the party’s National Secretariat in November 22, 2019, to resolve the festering crisis within the party across some states.

“The Committee is empowered to address grieviances of party members and resolve existing conflicts, all with a view to fostering unity and oneness within the party,” read a short statement signed by the APC Spokesperson, Lanre Issa-Onilu, on Wednesday evening.

This development is coming barely 48-hour after the party lifted a controversial suspension on five key members.

The party is also battling a raging political fire in Edo, the home state of its chairman, Adams Oshiomhole, where there is a battle of supremacy between him and his estranged protege, Governor Godwin Obaseki

Meanwhile, among the five members ‘pardoned’, only Okechukwu has reacted to the development. Messrs Akeredolu, Amosun, and Rochas are yet to issue any statement in relation to this.

Other members of the committee include the Deputy Speaker, House of Representatives, Idris Wase; Tanko Al-Makura (a senator); Kashim Shettima; Minister of State for Environment, Sharon Ikeazor; Aliko Koki; Khairat Gwadabe-Abdulrazak and Binta Garba. John Enoh will function as the secretary.

The date for the inauguration has not been fixed.

The federal government has commenced the bidding process for the sale of assets recovered and forfeited to the Economic and Financial Crimes Commission (EFCC). Abubakar...
Read more
Economy

The Central Bank of Nigeria (CBN) has announced plan to launch its digital currency before end of this year. The apex bank has also...
Read more
Economy

Bitcoin is to become legal tender in El Salvador, the country’s president said, making it the first nation to adopt a cryptocurrency for everyday...
Read more

Dangote giant refinery to be ready by end of December