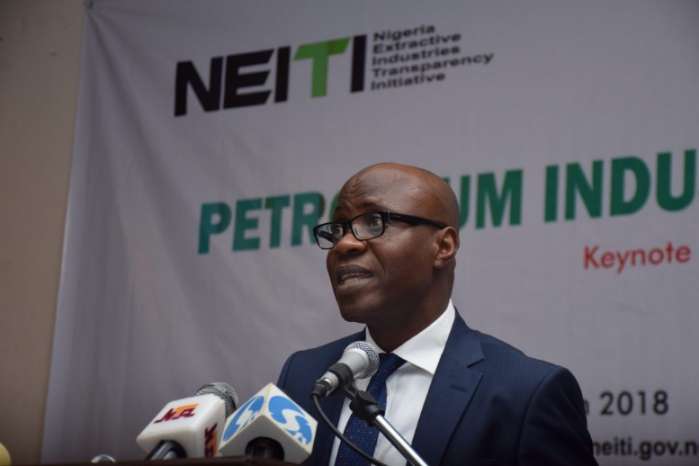 The Federal Government will on 12th December this year unveil the identities of the true owners of its oil blocks through the beneficial ownership register for the oil and gas industry, the Nigerian Extractive Industries Transparency Initiative (NEITI) has said.

Addressing reporters shortly after a meeting with the Head of International Secretariat of the global Extractive Industries Transparency Initiative (EITI), Mr. Mark Robinson, who was in Abuja on a working visit, NEITI Executive Secretary Dr. Waziri Adio said the meeting was organized for journalists and civil society groups to exchange views on EITI implementation in Nigeria, and the ongoing reforms in the oil and gas mining sectors.

Adio was represented by the Director, Communications and Advocacy, Dr. Orji Ogbonnaya Orji.

The beneficial ownership register is expected to contain information on the actual owners of the extractive industries companies irrespective of the names of those who manage them in trust for their principals.

Also speaking, the Head of International Secretariat of EITI, Robinson, said the Group Managing Director, Nigerian National Petroleum Corporation (NNPC) told him that the corporation was looking into remediation issue that has been reoccurring in the NEITI audit reports.

According to him, the NNPC was addressing a lot of the issues that the NEITI reports have indicated over the years.

Meanwhile, the NEITI’s Director, Technical, Dr. Dieter Bassi, noted that NNPC has been very helpful to the watchdog organisation in its operation.

He revealed that there were community development agreements that are being signed by the companies and there were issues about who signs on their behalf .

The report of NEITI, according to him, also covers the revenue from the minerals sector but there are limitations about accessing where the illegal miners are so the reports only cover companies that make regular payments.

He said since the reports cover industrial minerals such as limestone, it is only states that host such companies that benefit from the 13 percent derivation.

Responding to questions on whether the International Oil Companies should relocate their head offices to the Niger Delta where they operate, Adio said although the topic was not within the NEITI’s purview, companies have their reasons for siting their offices where they are.

He urged Nigerians, especially those in the Niger Delta region to do everything in their power to improve the security of the area.

He stressed that “we Nigerians and people from the Niger Delta have to make sure that the country is safe for business.”