FG has commissioned no fewer than 700 water projects in Ogun, Kano states – minister 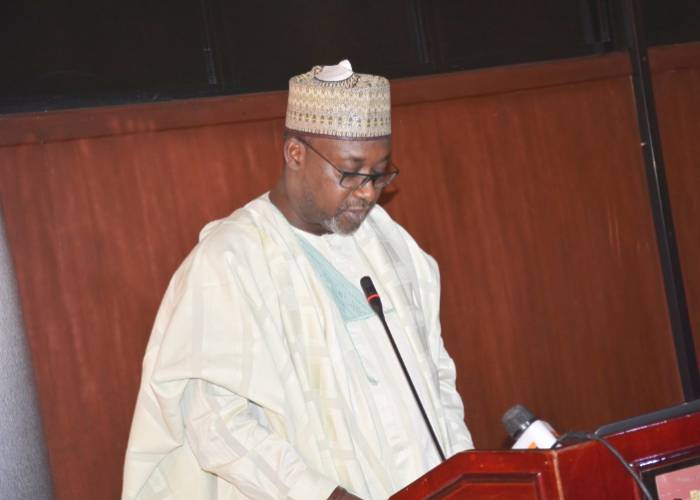 Mr Suileman Adamu, the Minister of Water Resources, says the Federal Government has commissioned no fewer than 700 water projects in Ogun and Kano states in the last two years.

Adamu, who disclosed this at NAN forum in Abuja on Friday, said the projects were under the Partnership for Expanded Water Supply, Sanitation & Hygiene (PEWASH).

Newsmen recall that PEWASH was launched by Prof. Yemi Osinbajo in 2016 in a bid to achieve the Sustainable Development Goal (SDG) Six and to address the challenges being faced in the water supply, sanitation and hygiene sub-sector.

“I think the people of Ogun and Kano, which are the two pilot states that we started with will tell you because two days ago, I received a nice letter from a community in Ogun state appreciating what we have done.

“Between the two states, we have rehabilitated or commissioned over 700 water schemes in the last two years, so that will tell you something.

“We are also working with Ondo state. Now we have 26 or 27 states that have subscribed to PEWASH. So we are stepping it up.

“We are discussing with the World Bank with additional funding so we will be able to expand to reach other states.

“So, the two pilot states we have done have been very very successful.’’

Adamu said that funding and commitment from state governments were required to sustain the PEWASH programme.

“There are two key issues that will sustain this programme, one is funding.

“If we can get the required funding in our appropriation at the federal level and the states are ready to provide the matching grants that we said they must provide under the PEWASH we are good to go.

“Secondly, it is for the states to continue to make it a priority that water and sanitation sector is a priority. If they do that then I believe the PEWASH programme will make serious impact eventually.

`We also need the support of development partners up till now we have not received any commitment from them except from the World Bank that is willing to provide about 350 million dollars.

“And after this interview, the new Country Director of World Bank is coming to be visiting and one of the things I will tell him is to step up, we need much more than that.

“We requested for about 700 million dollars targeted at rural communities. This has been the efforts the Federal Government has been making but it does not supplant the responsibilities of the states.

“They should be doing their own beat and that is what we hope they will continue to do.’’