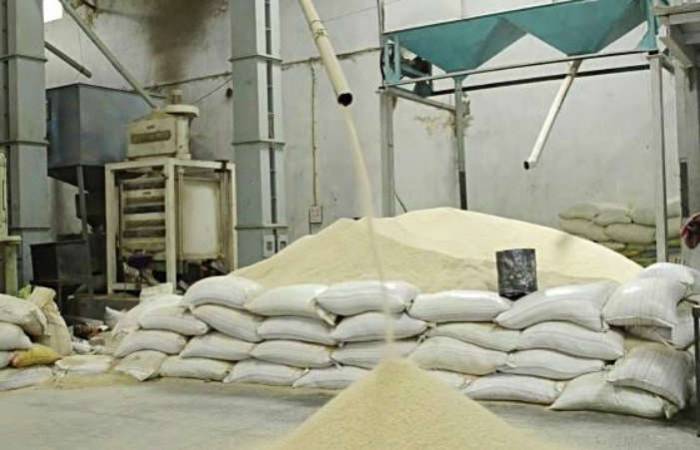 Some rice milers in Gombe State say they have recorded increased sales and patronage since the closure of the border by the Federal Government.

Newsmen report that the Federal Government shut borders with neighbouring countries of Benin Republic, Cameroun and Niger Republic since August.

President Muhammadu Buhari had on Aug. 28 at the Seventh Tokyo International Conference for African Development (TICAD7) in Japan said the closure was due to massive smuggling activities, especially of rice at the country’s borders.

A survey carried out by newsmen revealed that many of the rice millers who hitherto shut down businesses had reopened while others formed themselves into clusters to process rice in large quantities.

According to them, the decision by the President to close the border remains the best for the agricultural sector as it has enhanced local processing of rice in large quantities.

According to him, Nigeria has the capacity to feed itself.

“May God bless President Buhari for this initiative. We now supply rice to different parts of Nigeria, especially the South and there are more jobs here for everyone except you do not want to work.

“We have left this place before but today we have all returned and we mill over 10, 000 bags every day.

“I mill over 1, 200 bags per day now with my machines as against 50 before. I sell with different prices depending on their types.

Another miller, Abubakar Mohammed said that from the time the border was closed, his business had witnessed a lot of expansion and massive employment of youths who had started working for their money.

“Before the closure, we most times do not work at all and when we come here to work, we just mill between 15 and 20 bags.

“But now we mill over 60 per day and we want to further expand.

“We see the call to close the border as the best agriculture-friendly decision ever taken in recent times. This is commendable. When President Buhari came on board in 2015, he helped the farmers.

“Now farmers through loans have produced enough paddies. We have a lot of rice that are not being consumed but now we are getting huge money from the business; so we thank Mr. President,’’ he said.

Also speaking, Adamu Usman said the business of rice milling had witnessed a boom as more persons were now joining the business and there was no issue of competition because the market is available.

He called on the Federal Government to put up modalities to ensure that those who might want to undermine government’s effort were stopped.

Usman however urged the government to also look into the issue of power supply.

Alhaji Auwalu Abari, a rice distributor from Gombe said Nigeria had enough rice that could carter for the country even if borders were to remain closed for five years.

He added that interest in farming had now increased.

“I am a rice distributor and I supply Lagos, Enugu, Aba, Port Harcourt, Oyo and many people are now calling me everywhere. This business is good and we are now doing it with pride.’’

According to him, with dry seasoning farming being encouraged by the Federal Government, paddies will be available to service the milling industries to guarantee food security.

“Before, I supplied only 10 to 20 bags per day. Now I supply over 1, 200 bags making two trucks per day and the calls keep coming for more supplies,’’ he said.