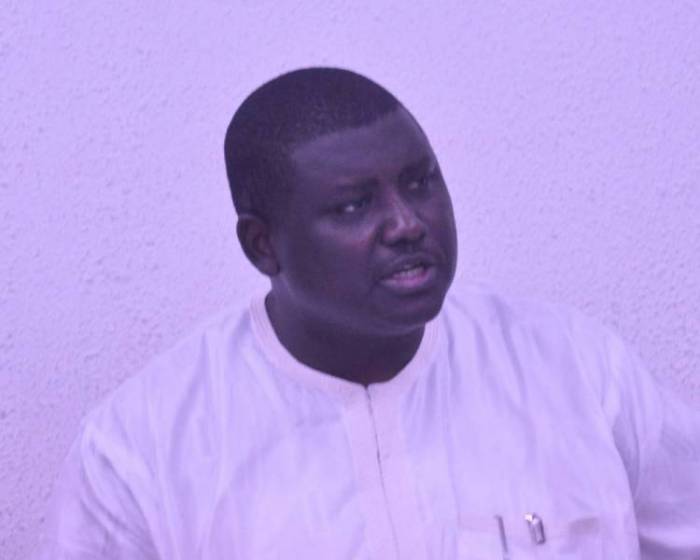 The prosecution in the trial of former Chairman, Police Pension Task Force (PPTF), Abdulrasheed Maina, opened it case on Wednesday by calling its first witness.

The witness, Mairo Mohammed, described as the Branch Manager of a new generation bank told the Federal High Court in Abuja on Wednesday that Maina paid N3billion into her bank and opened 12 separate accounts into which fumes were paid.

Led in evidence by a lawyer with the Economic and Financial Crimes Commission (EFCC), Abubakar Mohammed, Mairo said: “Yes my Lord, his name is Abdulrasheed Maina. We have a bank-customer relationship, and also, he is a junior brother to my late husband.

“He is my brother in-law, and I know the company called Common Input Property and Investment Ltd.

“I approached Maina when he was Chairman Police Pension Task Force and solicited for deposit, and he gave the bank a deposit of N3bn in 2011, ànd the funds were moved to Treasury Single Account with CBN around 2012.

“In a bid to grow my deposit, I also approached Maina for more deposits and I opened about 12 accounts for him and his immediate family.”

Earlier, Maina accused the trial judge, Justice Okon Abang of being hostile to him.

Maina accuse Justice Abang of aggravating his high blood pressure by his (Judge) remarks during the ast proceeding.

The defendant informed the court about his desire to have the case transferred from Justice Abangs court to another judge of the Federal High Court.

Maina, spoke through his counsel, Joe Kyari-Gadzama, SAN, at the commencement of proceedings on Wednesday.

Maina spoke about the proceedings of October 25, 2019 where Justice Abang had told the court registrar to tell him (Maina) to stop looking at him (Justice Abang) so at to enable him concentrate on delivering his ruling on the bail application filed by the defendant.

Abang had said, during proceedings: “Please I don’t want the 1st defendant to look at me when I am delivering my ruling so that I can concentrate”

In compliance with the judge’s directive, the registrar asked Maina to look at the prosecution.

At the commencement of proceedings on Wednesday, Maina signalled his intention to talk while in the dock but Justice Abang overruled him since he was represented at the court by Gadzama.

“I cannot allow the defendant to speak since he is represented in court,” Abang said.

With the permission of the judge, Gadzama walked to meet Maina, who was in the dock, listened to him as he muttered some words to him.

When Gadzama returned to his seat, he told the judge what Maina had expressed to him.

“My Lord, the 1st defendant told me I should tell the court, on his behalf, that on Oct. 25 of this month, he was before the court and while the court was on, the court asked him not to look at him.

“And he wondered why he should not look at him since he was not the only one that appeared before the court that day,” he said.

Gadzama said as a result of the judge’s remark, Maina told him that his high blood pressure rose astronomically, and he felt so bad with the comment as if he had been convicted already.

Maina counsel, therefore, told Justice Abang that his client told him he would seek the indulgence of the court if the case could be reassigned to another judge.

Reacting, Justice Abang said: “I merely advised him not to stare at me. I can’t allow him to stare at me consistently. I am in control of my proceedings and I should also protect myself.

“If somebody is starring at me consistently, I should protect myself because I did not commit any offence and I did not put him there neither did I assign the case for myself.

“Registrar, you have been with me for the past eight months now, is he the only person I have said this to?

“There was a day a witness was about entering the court dock and he started adjusting his trousers. He looked at me and adjusted his trousers.

“I told him don’t adjust your trousers; don’t touch your trousers again because I don’t know what is inside the trousers. So I merely advised the defendant not to look at the court.

“I am from a home; I have my wife and children. I have to protect myself. Please learned SAN, if you are asking for an adjournment say so. This is a court of record.

“Let us not allow sentiment to take over the proceeding of the court,” Abang said.

When Gadzama asked for the adjournment of the matter because he was only briefed the previous day to take over the case, Justice Abang overruled him, saying the court would commence the trial.

He directed the prosecution counsel, Mohammed Abubakar, to call out the first witness.

Maina is being prosecuted by the anti-graft agency on a 12-count charge bordering “money laundering, operating fictitious bank accounts and fraud.”

He pleaded not guilty to all the charges levelled against him by the EFCC.