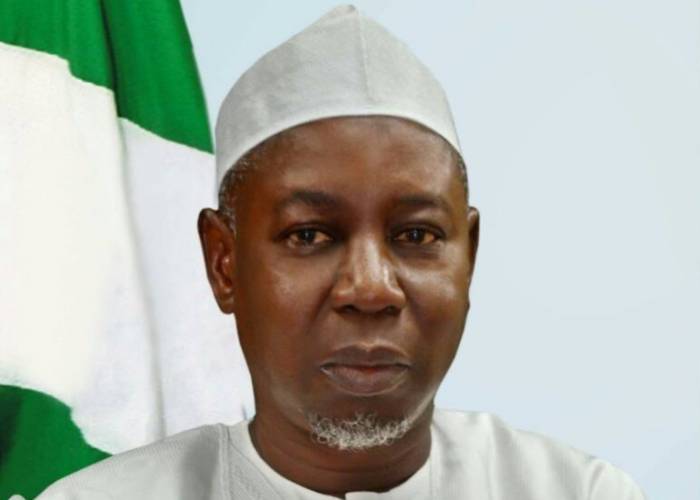 The Minister of Environment, Mr Suleiman Zarma, has urged the National Biosafety Management Agency (NBMA) to be more visible in the public space to be appreciated and supported by more Nigerians.

The News Agency of Nigeria (NAN) reports that Zarma made the remark after being briefed of the agency’s operations by the Director General, Dr Rufus Ebegba, during his familiarisation visit to the agency’s headquarters in Abuja on Monday.

“You have to be a little bit more in the public domain because people confuse your own agency (NBMA) as a regulator and the other agency, the National Biotechnology Development Agency (NABDA) as a promoter.

“So you have to draw a clear distinction for people to understand exactly what you do so they can appreciate and support the cause for which you are created.

“I don’t envy your job as a regulator, because not many people will like you as the desire of some people in trade and practice is to do what they want, and you have a duty to ensure what is right.

“I understand the enormity of your task,’’ the minister said.

He said he decided to take time out to know where the agency was domiciled so he could appreciate the difficulties in their work place and maybe proffer solutions.

“I will keep up with this your brief of what you do, what you have been doing and what you expect to do. The message is quite clear.

“Yes there are challenges here and there, especially finances because of our limited resources, like we have been experiencing every time.

“So, when money doesn’t get released from your budgetary provision you can understand why but we will try to make sure that the little that will be allocated to you will be quickly released to you, that is the promise of the president and I think we are doing something about it,” he said

The minister also promised to look into the accommodation challenges facing the agency.

“I have seen the challenges of accommodation, especially the need for zonal offices.

“Really, as a regulator I don’t like to see you on dislocated places, for coordination you have to be accommodated in one place.

“I will go through your submissions and get a full grasp of what you do so we can assist you from the point of knowledge also,’’ the minister added.

Ebegba had earlier during his briefing, reiterated that the biosafety agency was not established to stop Genetically Modified Organisms (GMO) but to regulate its use and application.

“We are not out to stop or promote GMOs, rather to ensure that they are safe for the environment and human health.

“NBMA is a government agency, established by law as a regulatory agency to ensure the safe handling and use of modern biotechnology and its products, which include GMOs.

“So, the establishment of the agency is not to stop the use of GMOs but to ensure their safety and that they have no adverse effect on human health, plants, animals and the environment,’’ he said.

He noted that every new technology was bound to face suspicion and concerns but Nigeria should not, out of fear fail to move on.